Within minutes of Aaron walking into a room his unforgettable booming voice, his smile that lights up a room and any occasion, his big bear hugs, and his funny dances just to get you to smile and for you to know he loves you.  The daily phone call letting us know he cared, missed, and loved us and always wanting to just spend more time with all of us.  The text message, “Momma, I sure do love and miss you.”  “Hey, little sister – I miss you tons.”  “Hey, grandma just wanted to see how ur days going?  Hope all is well miss and love u very much.”  “Watson, I was just checking on you.”  “Love, you, Baby Boo” The phone calls, “Mom, I just wanted you to know I love and miss you so much.  I just can’t wait to see you and spend time with you again.”

Aaron’s call takes his spirit and his soul to a wonderful place where he will be watching football cheering for the Seattle Seahawks and playing a friendly game of football with so many friends he lost too soon.  Playing a few games of hockey loving every second of the cold, feeling his skates slide across the icy pond, the breeze, the rush.  Grabbing his board, his best friend, Ian, and hitting the slopes for the day.  Staying up late with Dylan playing video games and planning their next trip around the word.  Taking the boat out for some tubing and water skiing, riding the snowmobiles, and 4Wheelers.  Going camping and building a fire to cook and roast marshmallows to make s’mores.  Playing with his loving dogs, Barney and Dexter.  Taking his steer, for another walk down the dirt road.  Playing in the field with his lamb.  Spending time and pulling pranks with his great grandma (Jennie Imeson), flying above the mountains with his Uncle Sparky (Sparky Imeson), and exploring the woods with his Great Grandpa (Paul Imeson).

Aaron was born on May 12, 1990, at St. Peter’s Hospital in Helena, MT to Holly Jacoby.  After the union of Russell and Holly Wood, Russell adopted Aaron.  Soon after his sister, Courtney, was born.  Aaron was baptized at the United Methodist Church in East Helena, MT.  Aaron attended Radley Elementary School and Four Georgians Elementary School.  In 2001, the family moved to Kremmling, CO where Aaron attended West Grand Middle School.  In 2004, Holly, Aaron, and Courtney moved to Granby, CO where Aaron attended Middle Park High School graduating in 2008.  He attended Laramie Community College in Cheyenne, WY in 2008 and 2009.  In 2010 Aaron moved to Granby, CO.  In 2013 with the union of Holly and Steven Watson, Aaron gained a mentor/friend and three additional siblings, Makenzy, Benjamin, and Katelynn.  In 2014, Aaron moved to Aurora. CO with his girlfriend, Jessica (Jakie) Church until his passing.

Aaron loved sports and being with friends.  He played soccer, baseball, hockey, football, basketball, he loved water skiing, alpine skiing, snowboarding, boy scouts, 4-H (He received first place in carcass judging for his steer, grand champion for dog showmanship, and multiple other awards in sheep, cooking, archery, and shooting sports), he was so proud when he killed his first elk, singing in church choir, fundraising, volunteering, helping his sisters sell girl scout cookies.  Aaron loved watching football, spending time with his friends “gaming”, and he enjoyed going to Elitches and riding the all rides.  He loved being with friends and family.  We all know how much Aaron loved us because he made a point to let us know any chance he had.  He always was such a kid at heart even as he got older.   He loved going out to eat and being on connoisseur of the restaurants around Denver.

Aaron had a vivid imagination and incredible passion from a young age.  He was kind and thoughtful.  When grandma would show up, Aaron would run out and see if he could help her carry anything in from the car.  He loved to pretend he was like his grandpa and having a beer with dinner.  Aaron was loyal, loving, up for anything, had a huge heart, a good teacher, a momma’s boy, a mountain of strength, a snuggle bear (AirBear), forgiving, fearless, helpful, and a strong leader.  He was just starting to tap in to his potential and becoming the man we all knew he would be.  He wanted to do and see so much.  God, he wasn’t done!

Aaron worked hard and held many jobs.  Aaron started working at the age of 14 doing trash cleanup, operating a pedicab in Grand Lake, working at the Marina as a dock hand.  At the ranch, he helped Chuck with feeding the cows and horses, branding, and haying in the summer time.  He worked as a cook in numerous restaurants within Grand County and Denver Area.  He worked for his mom on and off for many years as an Information Technology Consultant and real estate investing.  In January 2022, he began working for SRS Distribution as a computer field technician traveling all over the United States doing I.T. implementations and upgrades.

Aaron taught us all so many lessons and he was wise beyond his years.  He loved his animals and cared so deeply for them.  He enjoyed people from all walks of life.  He taught us the most important lesson, life is about how you make someone else feel.  Aaron would want his memory, his legacy to live on in each one of us.  There are so many distractions in life and it makes it easy for each of us to neglect our relationships.  Answer the call, pick up the phone and make the call.  We will all receive the call we can’t refuse one day, the appointment we can’t cancel and it may be too late to tell someone how you feel.

In lieu of flowers, Memorial gifts may be given to the family for Ellie and Murphy’s Scholarship Fund or the Grand County Pet Pals.

To send flowers to the family in memory of Aaron Wood, please visit our flower store.

A candle was lit in memory of Aaron Wood

A photo was added for Aaron Russell Wood 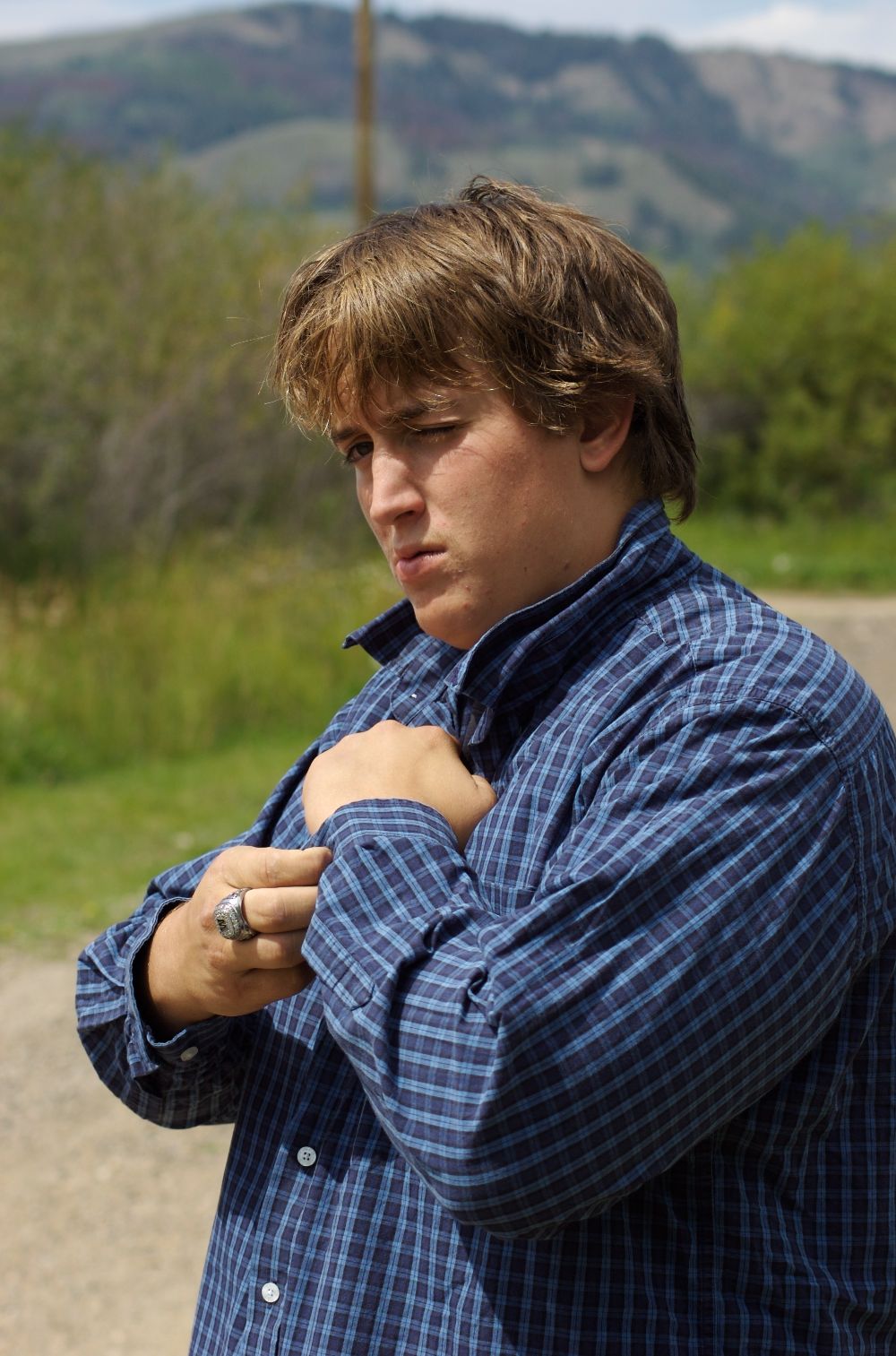 A candle was lit in memory of Aaron Wood

Special Instructions: Gathering to follow in the reception hall