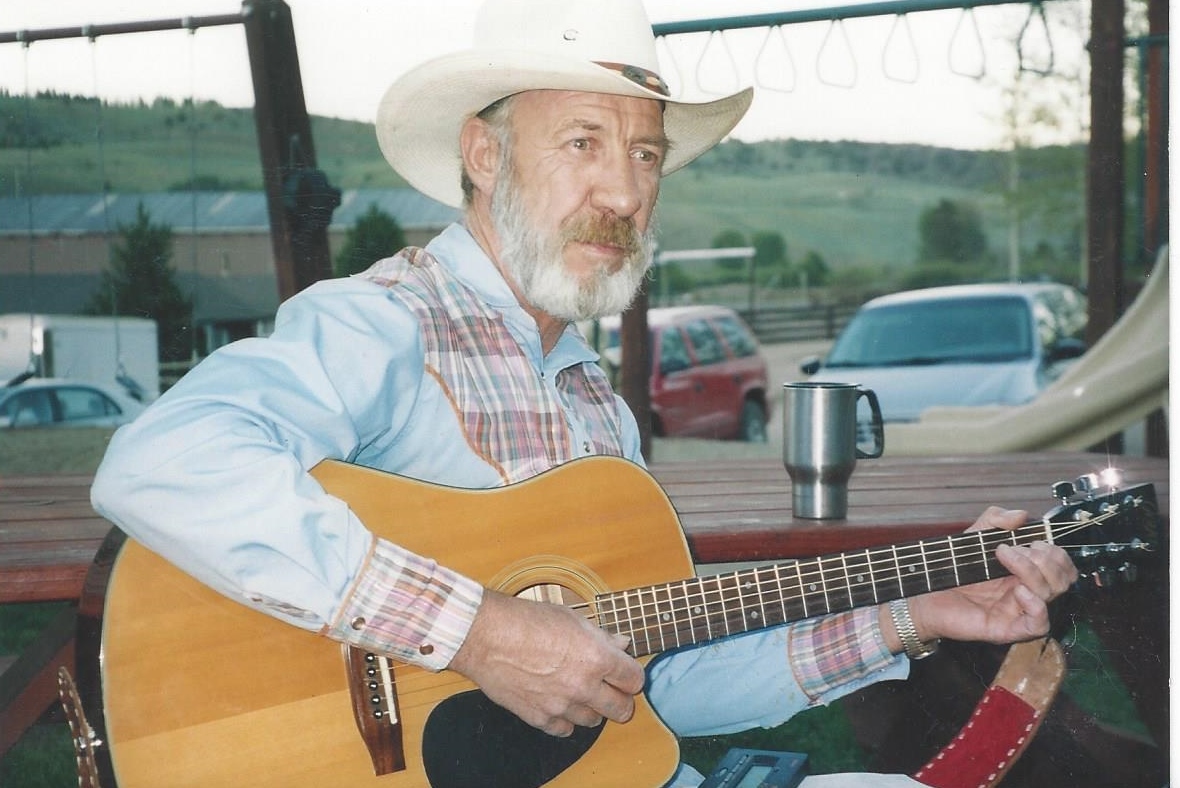 
Bill was born November 22, 1951 to George Rodney and Waunita Wilson Schade in
Carbon County, Utah. He was the tenth child and seventh son in a family of
sixteen children. His mother experienced eight single child births, and
four sets of twins. He grew up and was educated in Carbon County, Ut. He
left this earthly world January 15th in Grand Lake, Colorado.

In 1970 he met and married the love of his life, Marjorie Lou Curtis
Schade. To this union two daughters were born in the early seventies,
Kristen Yevonne and Karen Janiece. He was always so proud of his girls.
Then in 1984 a son William Nicholas joined the girls and his shirt
buttons really popped. He was so proud to have his son. The girls took
on the role of big sister's, so Nick had lots of special attention.

Bill was always a hard worker and in 1988 his job with Rio Grande
railroad took him to Colorado. This was to be for a short time. But
it turned out to be a permanent home for the family.
He loved outdoor sports and was an avid hunter, camper, and fisherman.
He had a great love of music and was self taught on several instruments
his favorite was guitar. He passes this talent on to his children they
all played instruments.While he lived in Carbon County, he had his
band Justus and Shade. He was always at his best when playing music.
After moving to Colorado he was associated with many groups involved
with music. He taught lessons played for many weddings, community groups,
wrote many of his songs and made CD's, as well as composed original music and lyrics.
While associating with the groups and people he made a vast community of friends far and wide for which he held a deep respect and love for.
After the sudden and shocking death of their first born daughter the
darkness of Dementia started creeping in. He was aware of this darkness
it tormented him and did he best to fight it. We realize that many
families have and are fighting this same demon and to them we extend our
heartfelt thoughts & prayers.
To all the Search & Rescue unit volunteer's who came out to search for
Bill, our words of gratitude cannot express how proud we are to live in
a community of such generosity and kindness.
Bill was proceeded in death by his parents, his brothers Dick, Gerald,
and Ralph, sister's Becky, Ruth and Dorothy, Son-in-law Hermon(Butch)
Raines, and daughter Kristen Schade Hardman.
He is survived by his beloved wife Margie. His daughter Kristen's family
- Craig & Carmen Hardman, Conor, Korianne, Matthew and Noah Hardman.
His daughter Karen and Jaroslaw Smolira, Rashelle, Oliver, and Amelia.
Son William (Nick) Schade. He always thought each of his children and grandchildren
were unique in their own way and each held a special place in his heart.
Brothers George & family of Price, Ut.
Jim & family of Salina, Ut.
Gerald & family of Elmo, Ut.
Earl (Tom) & family of Huntington, Ut.
Carl (Ringo) & family of Price, Ut.
Brent of Elmo, Ut.
Sisters Jean Adams & family of Boise, Idaho
Sandra Jewkes and family of Ferron,Ut
Lynda Smith and family of Mona, Ut.
With this large family their and many in laws and nieces & nephews I
can't name them all. But he always knew you.
In-laws Norman & Dorothy Curtis
Brother in law Dean and Sandra Curtis
Nephews D.J., Chris, and Daric Curtis always thought Uncle Bill a
special guy.
We are all so glad to have been a part of your life. We shall miss you,
and at the same time we have many wonderful memories of you to comfort
us. As one door closes, another door opens for an incredible journey.
Until we meet again Rest in Peace.
Memorial Services will be held Saturday, January 21 at 2PM
at The Inn at Silvercreek, in Granby, CO
As well as a services in Price, Utah to be determined at a later date

To order memorial trees or send flowers to the family in memory of William "Bill" Wilson Schade, please visit our flower store.