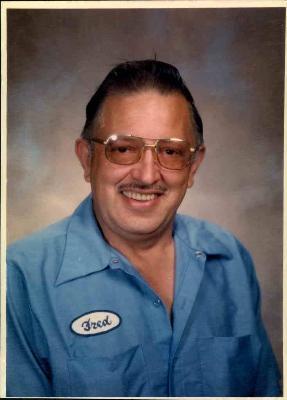 
Fred was born in Boulder, Colorado March 26th, 1936. When he was eight years old he moved to Napa, California. While living in California he worked in several different jobs including the steel industry, Napa Valley School District, as a custodian and for a short time, he worked at the Rightspot Café where he actually met John Wayne! He met Denise Bradley, fell in love, and they got married November 15, 1980. In 1989, Fred attended his grandmother's 90th birthday celebration in Colorado and his love for the mountains brought him and his family back to his "roots". Upon settling in Granby, he took a job at the Mountainside at SilverCreek doing maintenance. He was the "go to guy" when it came to fixing something and soon worked his way into head of maintenance. He took his job seriously but always loved a good laugh and could be quite the jokester both at work and at home. His favorite reply when someone asked him how he was doing was, "Terrible! Thank you! How are you?"


When Fred wasn't working you could find him watching the Bronco's, Avalanche or Colorado Rockies and quite often he'd be playing a re-run of an old John Wayne movie. He also loved spending time with his family and friends. He was always telling them the most current joke or just kidding around with them. He was a jokester to the end.


There will not be a memorial service.


Fred is loved by many and will be greatly missed.


Leave a condolence for the family, share a story about Fred or add a photo to Fred's "Book of Memories" at www.grandcountymortuary.com.

To order memorial trees or send flowers to the family in memory of William Biggs, please visit our flower store.