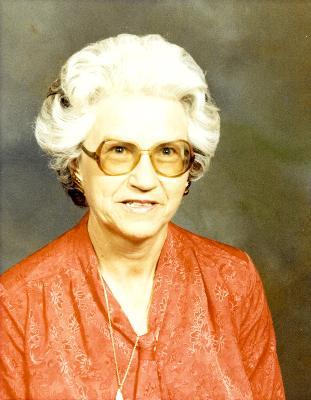 Virginia Marte, 81, of Granby passed away May 9, 2015 at home from ALS (Lou Gehrig's disease). Virginia was born September 1, 1933, to Wilbern and Marguerite (Horn) Shiflet. She grew up in Hot Sulphur Springs and graduated from Middle Park Union High School, and went on to graduate from Colorado State College of Education in 1955. She worked as an elementary school teacher for several years. She married Joe Marte in 1964, becoming step-mother to his son, Leigh, and they had a son, John, in 1968. She then lived as a stay-at-home mother and homemaker. She is fondly remembered as an avid reader, and for the cards and letters she sent to keep in touch with family and friends. She is survived by Leigh Marte, his wife Cat, their daughter Kenya, and John Marte; sisters Lillian Foster and Agnes Delanty; brother Charles Shiflet; and eight nieces and nephews. She was preceded in death by her parents, and by her husband Joe. In lieu of flowers, she has requested donations be made to Middle Park Schools. Cremation has taken place, and the family will have a graveside service at a later date.

To order memorial trees or send flowers to the family in memory of Virginia Mae Marte, please visit our flower store.