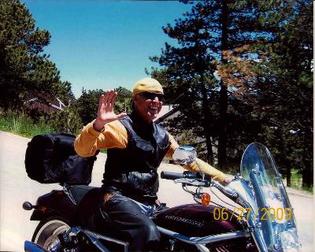 Thomas G Conway, born on March 9, 1951 to Eugenia and George Conway, of Green Bay, Wisconsin, died on July 16, 2011. Tom has called Winter Park his home since 2002. He had a successful career as a stock broker and financial advisor.


Tom came to Winter Park while attending Regis University in 1969 and became a world class bump skier with Regis and the US Ski Team. To the last day, Tom preferred the long-skinny racing boards, decrying shaped skis. Many would call the "Club Car" at Mary Jane his second home. Tom lived a life of adventure and lived it to the fullest until the end.


Tom was from a large family, he is predeceased by his parents and his oldest sister, Kathleen. He is survived by seven siblings, many nieces and nephews, countless friends and Judy Pugh, the love of his life.


Funeral services will be held at Saint Bernard's Catholic Church, Winter Park-Fraser, on Friday July 22 at 10:00AM. In lieu of flowers, the family has requested that any donations be made in Tom's honor to the NSCD program.

To order memorial trees or send flowers to the family in memory of Thomas Conway, please visit our flower store.