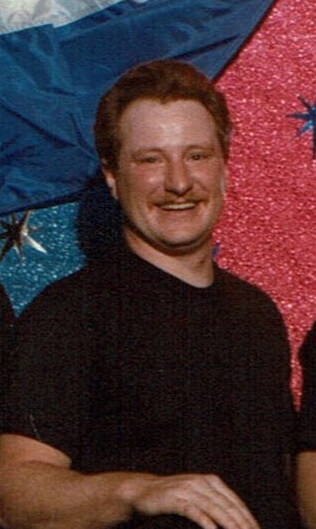 The Grand Lake community suffered the very unexpected and sudden loss of Theodore "Ted" Fasso II who passed away on Saturday, August 20, 2016, at the Middle Park Medical Center in Granby, Colo. Ted was born on January 23, 1962, in Butte, Montana, to Theodore and Kay Fasso. Ted has been a longtime resident of Grand Lake, and was known by many to be an energetic, social, and kind man who had a passion for working hard and loving life. He will be sorely missed by all that knew him.
Ted is survived by his son Brandon Fasso, parents, three brothers, one sister, and two step children. Theodore Fasso (Father), Kay Fasso (Mother), Patrick Fasso (Brother), and Mike Fasso (Brother) all living in Grand Lake, Jerry Fasso (Brother) of Arvada and Connie Jones (sister) of Shoshone, Idaho, Joshua Wheatley (step son) of Greeley, and Billena Wheatley (step daughter) of Colorado Springs.
Ted will forever be remembered as the kind-hearted and loving Father, Son, Brother, and Friend to many. Ted had a generous, kind, and loving spirit which all around him immediately noticed. He remained active within the community, and was always available to lend a hand to family, friends and often strangers, which only speaks volumes to the generosity Ted embodied. Ted was great with his family, from playing with kids, to joking with the adults - Ted truly lit up any room he entered. Family members will never forget the priceless times they shared with Ted. Much will be missed with Ted including his drive, outgoing nature, and his unmistakable laugh, yet these forever lasting memories will never fade and should provide everyone with at the very least, a small level of comfort. Anyone who had the pleasure of knowing Ted over his life will truly have nothing but fond memories of him - for his energy and soul were nothing short of contagious. Time spent with Ted was never long enough, and his passing most certainly leaves a void in the hearts and lives of everyone he has touched. Ted - As you look down from high above upon the family and the Grand Lake community, know that you will be forever missed and never forgotten. We will all reflect on this tragic moment in time, and rejoice in knowing that - the family, the community, and the world, were truly blessed because of you.
Ted would want everyone to pay their respects to God and each other. He would want each of us to keep the memories alive, work hard, and have a positive and lasting impact on everyone we meet. This is how Ted lived and this is the legacy he ultimately leaves us with. Join together and pray for Ted to rest in peace, and for God to have mercy on his soul.
A memorial mass was held on August 29, 2016, at St. Anne's Catholic Church in Grand Lake, Colo. Donations may be made to the Fasso Family Fund, PO Box 1085, Granby, CO 80446. Send condolences to the family atwww.grandcountymortuary.com.

To order memorial trees or send flowers to the family in memory of Theodore Edward "Ted" Fasso II, please visit our flower store.