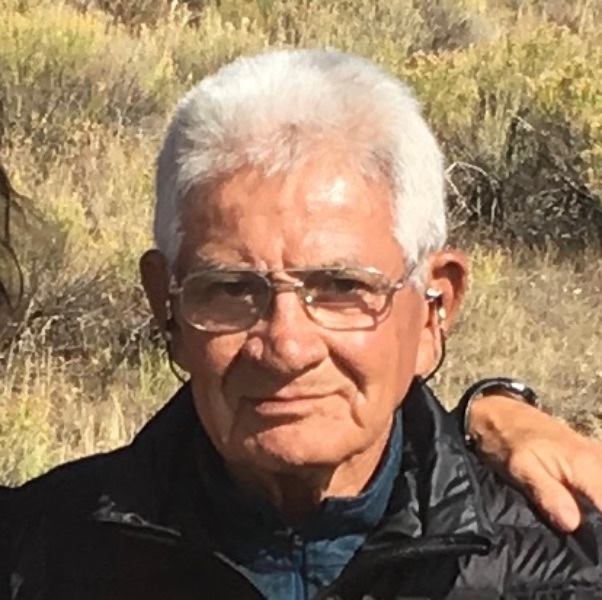 Steve Lucero was born in La Jara CO May 9, 1938 to Besentita & Esteban Lucero. He was the fifth born of eleven children. Steve married Corinne Marie Martinez(Cora)) and in 1958 the moved to San Manuel AZ where together they raised their three children Steve, Deb and Scott.

Steve worked the graveyard shift in the mines at the Magma Copper Co while attending the U of A during the day. He received his Bachelor, Master, and Doctorate degrees in education. He taught blind, deaf and handicap children.

Steve loved sports. He played in a semi-pro baseball league and coached basketball at the high school. It was not uncommon for the family to spend weeknights and weekends going back and forth to the ballfields to watch Steve and the kids games. He also loved the outdoors. He frequently took the family to Mt. Lemon and Peppersauce Canyon where he taught them at an early age to love and respect nature. One of his favorite places was the Grand Canyon.

In 1970 Steve and Cora left the desert and moved to CA, the Beach! There, Steve worked in administration for a while then taught special ed in the inner city schools. He loved that. He was passionate about teaching and his students and their families loved him. In 1999 Steve and Cora moved back to CO to retire. But God had other plans for Cora. She was diagnosed with colon cancer and died in 2001. Steve moved back to CA until 2018 when Deb moved him back to CO to be near her.

Steve had dementia and he lived in Cliffview Assisted Living in Kremmling CO. He still had his quick wit and a great sense of humor. He was a good story teller and he was fun to spend time with. He liked to go outside for walks and smoke his pipe and tease the girls. He loved his Dr. Pepper. His doctor told him he had to cut back to 2 Dr. Peppers a day and so on the way out of the doctors office he asked his daughter to take him to the store to get 2 liters of Dr. Pepper!

Steve is survived by his children Steve, Deb and Scott, his 5 sisters Rubena Mojica, Cleopatra Santoyo, Sandra Alfaro, Colleen Marquez and Lottie Grove and his 6 grandchildren and 2 great grandchildren.

To order memorial trees or send flowers to the family in memory of Steve Lucero Jr., please visit our flower store.