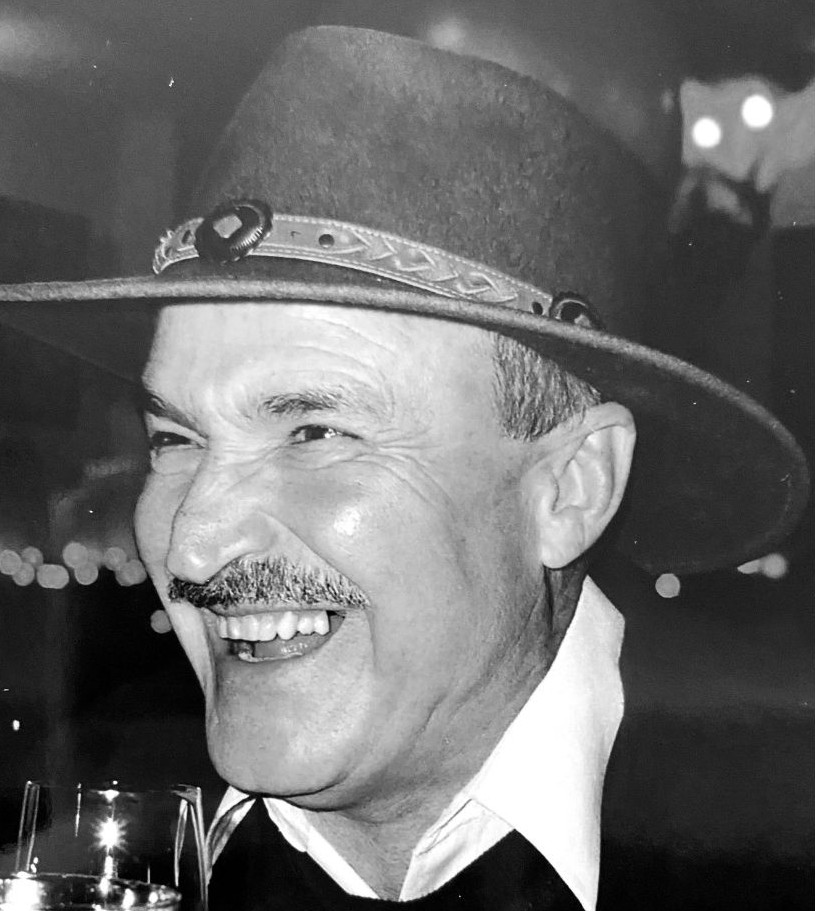 - Celebrating the Life of Steve Herbst -

Join friends and family in sharing memories, stories, and some light refreshments!

Steve Herbst passed away November 22, 2021 surrounded by loved ones. He was born September 29, 1945 in Denver, CO to George and Mary Herbst. One of three boys, he graduated from Thomas Jefferson High School in Denver. Some of his closest friends are still the group of boys he grew up with on South Fillmore Street in Denver.

His Grand County story began at an early age. As a kid he would come up to Grand Lake with his buddy Paul MacDonald and his family who owned The Holiday Pancake House. Steve moved up to Grand County around 1964 when Winter Park was known as Hideaway Park, still a tiny mountain town. His father George, who was from a long line of stone masons, did masonry work in the area, and Steve continued the family tradition with his own masonry business for almost 60 years. The “established” date on his business card read “Since Forever.” Steve had 2 children Lorraine and Tim - Lorraine passed away in 2015.

Known as ‘Reno’ by many of his friends, he was a force of nature. His commanding presence and dry sense of humor would light up a room. A self-proclaimed ‘hard-head’, he remained an independent, living life on his terms until the end. He was a talented musician and an avid golfer. Back in the day, if he wasn’t working hard laying rock and building a piece of Grand County, he was playing music with one of his bands at a local spot like Finnegan’s or The Swiss House (Deno’s) or golfing out at Pole Creek.

He is survived by his son Tim and daughter-in-law Anna, two beautiful grandchildren Hawk and Blaze, and his nephew Josh Mazone and wife Yvette, their children Francesca, Arezzo and Vincenzo, his niece Seanee Mazone and husband Jeremy, their children Ryker and Carmella, all who were like grandchildren to Steve, as well as numerous friends and extended family around the country.

The family will hold services in the spring when we can be outside and enjoy the beautiful mountains that Steve loved so much.

From Friends and Family:

Besides being a great friend and stone mason, Steve and I always enjoyed our bantering back and forth. When the Town of Winter Park awarded Steve the contract to do the stone work on the medians going through town I had another great opportunity. When I would see Steve working on the medians, I would go get a truck with a plow on it and drive by and drop the snowplow blade next to him. You can imagine the noise and I consider myself lucky that “Reno” or Tony didn’t throw a “hoogie” through my window. “Reno” had a nickname for many of his friends. I will miss my good friend Reno immensely and how he lights up a room with his enthusiasm and humor. -Jim aka Inspector Clouseau or (Colonel) Clink and Lori Myers

I remember as little girls Wendy, me, Erica, Wendy Tucker and Lisa Baker had slumber parties at your house and Steve would serenade us with Puff the Magic Dragon and Lorie pretended to be annoyed. We loved it! That's the song I remember most. - Stephanie Morrow

“I was one of the “infamous” but truly innocent (kind of) members of Steve Herbst Fillmore gang. We were only a gang because we lived on the same block and caused typical childhood trouble and none of which I would have remembered if it weren’t for Steve reminding me every time I saw him. He was our childhood historian and had such an incredible memory and wonderful ability to tell stories with just the right amount of enhancement. He was an artist with his hands building fireplaces, all kinds of stone edifices, and built the most incredible banjo I have ever seen. Steve was strong in body, heart, and soul. A true individual, unique in every way from his Popeye forearms to his enormous grin and hardy laugh. He was loyal to his friends and the perfect leader of the Fillmore gang. Steve, you were always talking about the core, well you were the core.” Your old friend, Frank “Window” Welker

‘I sure am gonna miss you answering the phone ‘this is your Godfather’ with that mischievous giggle of yours. An ever-devoted mentor in my life, never missing a birthday and taking on the role of ‘Great’ Godfather to Arlen. It’s comforting to think that you and Dad (Paul MacDonald) are together up above telling jokes and playing tunes looking down on us all. Having both come into this world just months apart and leaving this world in a similar stride. The world lost a Grand one - Steve you’ll be sorely missed. Xoxox Keep strumming on! ‘- Marily Melis (MacDonald) Steve’s Goddaughter

Steve not only loved Timmy and Lorraine beyond measure, along with his two grandchildren, but he was also known as “Grandpa Moose” to my children and Seanee’s after our father (Steve’s brother David) passed in 2007. Steve was instrumental in the past 20 years of Seanee’s and my lives as he was not only an uncle, but also a father, friend, and mentor. Steve’s faith in Jesus , along with his stubbornness were unwavering, and both qualities became two of his most well known. His strong headed nature often overshadowed his ability to be an example of unconditional love. Steve truly loved all his family and friends more than they could ever know. One of Steve’s greatest gifts was his musical talent, and he never missed an opportunity to play the guitar and sing. Some of the most enjoyable times I spent with Steve were down on the Fraser River fly fishing. I particularly enjoyed working with Steve on many masonry jobs, and cherished listening to all the memories he would share about past working days with his father (George) and son (Timmy). He will be missed immensely. - Josh Mazone

I met Steve in grade school and we experienced many ups and downs in life, over the next 65 years. The best things I will always remember about Steve is when he taught me how to fly fish in the Fraser River and when he Baptized me, my brother Dan Evans and Rex Peters, also in the Fraser River. Wonderful summer nights around the campfire listening to Steve sing his original folk songs. Steve was also a great story teller. He had such an unbelievable memory and enthusiasm, he could tell stories from the past, as though they had just happened yesterday. I will miss this good buddy of mine, I just can't believe he is gone, but he is in a better place. - Frank Evans

Steve, you were the man. You always stood for something. You always called out phonies, when you saw them. You never led from behind. You were a friend and a brother. With our friends, we raised hell, from TJ to Greeley to Winter Park. I will miss our talks on politics, religion and sports. But I know you are in a better place, where there is no hunger or thirst. We who knew you, lost a good friend, but Heaven gained a warrior. Love ya man - Jim Wagle

To order memorial trees or send flowers to the family in memory of Stephen Cornell Herbst, please visit our flower store.