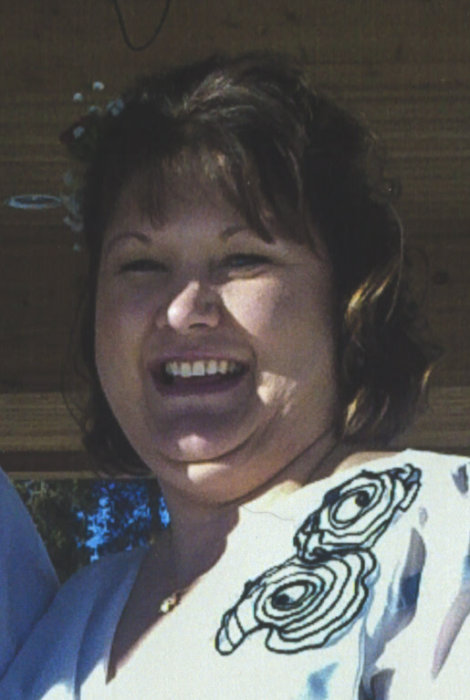 Starla Dawn (Davis) Rindt passed away on March 11, 2020 at St. Anthony’s Hospital. She was born on October 12, 1969. She was adopted by her loving parents Glenn and Doris Davis in Des Moines, Iowa. They resided in Webster City, Iowa where she spent her childhood with her brother, Stacey.

Later her family moved to Colorado where she graduated from High School in Estes Park. Colorado is also where she began her own family, with the birth of Quinn in 1989.

In November of 2011, Starla met Tim Rindt through work. The two seemed destined to be together, Starla loved to bake and cook, and Tim loved to eat. Tim calls it a cuisine coincidence that the two met and fell in love. In February of 2012, they married. Starla became a full-time mother to Tim’s son, James, after his own mother passed unexpectedly.

Starla was an outstanding member of the Kremmling community and a member of the Faith Tabernacle Church. She was a born-again believer and loved Jesus. She is with him now, in glory forever and ever.

She will be remembered for her gourmet and baking skills. She was known for her cinnamon rolls, Christmas candies, pies, cupcakes and cookies. She was a favorite vendor at the Preschool Craft Fair, Cinco De Mayo, Middle Park Fair and Rodeo, the Demolition Derby and Kremmling Days.

She was also a well-known contestant in the Mayor’s Pie Contest, Rosie’s Chili cook-off and the salsa contest. Starla has won many awards and blue ribbons for her outstanding baking skills.

Her and her husband Tim also enjoyed a competitive game of horseshoes during Kremmling Days, Hot Sulphur Days and the Middle Park Fair and Rodeo. A highlight for Starla was winning the Horseshoe competition with Kyle Steele in 2016.

Starla has touched many in her life and will be remembered for her smile, laughter, generosity and helpful and outgoing nature.

She worked for years in insurance, retail management and merchandising.

Starla is survived by her husband of eight years, Tim Rindt, sons Isiah and James, Brother Stacey and his wife Jana, and their children Hailey and Hunter, her Aunt Jeannie and Uncle John Reed and several cousins. She is also survived by her pets, Bear and Shadow.

She was preceded in death by her parents Glenn and Doris Davis, Grandmother Beulah Reed and Uncle Richard Reed.

Starla will be missed greatly!

Due to the current events our nation is facing, a Celebration of Life will be scheduled at a later date.

To order memorial trees or send flowers to the family in memory of Starla Dawn Rindt, please visit our flower store.