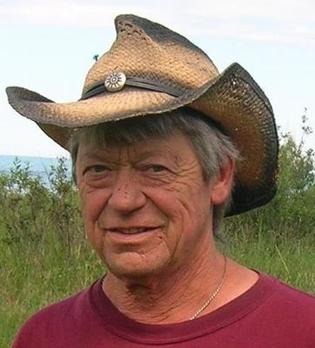 Stan "Stanley" Wolfe, 62, died at home, surrounded by loved ones, on Monday, October 28, 2013 after a valiant fight against cancer. Thirty five years ago Stan fell in love with the Grand Lake area and immediately called it home. Through his natural love for the outdoors and helping others, he found great reward in volunteering for organizations such as the Granby Ranch ski programs and National Sports Center for the Disabled Horseback Therapeutic Riding Program. Over the last four and a half years of sobriety he developed a deepened spirituality and positive outlook on life that led him to a fulfilling life of travel, long walks and snowshoeing with Geneal whom he met at NSCD.


His love of the Martial Arts, of which he was an instructor for many years, drove him to achieve black belts in Judo, Karate, Ikido and Self Defense. Among many other achievements, this mountain man was a Rock 'n' Roll drummer in several little known bands and a master of the one liner.

To order memorial trees or send flowers to the family in memory of Stan Wolfe, please visit our flower store.