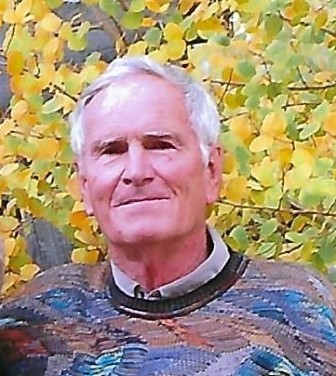 Graduate of Roosevelt High School in Des Moines, Iowa, where he was on the varsity baseball, football and basketball teams.

He graduated from Drake University in Des Moines, with bachelor’s and master’s degrees.  After graduation he was coach of Drake’s baseball team for 15 years along with being assistant football coach.  In 1974 he was named Missouri Valley Baseball Coach of the year.

On Drake’s 100th year anniversary in 1981 Spike was recognized as one of the All-Time Athletes in Drake’s history.In 1975 he and his wife Patricia decided to move to Colorado. They settled in Winter Park.  Spike was assistant principal and athletic director of East Grand High School.  His wife taught school in Fraser.

In 1979 they bought a ranch on County Road 4 near Grand Lake where over the years they ranched and raised buffalo, Scottish Highland cattle and llamas.  Two of their llamas were national champions.

Along with ranching, they developed the only condominiums on Grand Lake – Eagle’s Landing and Eagle Spirit.  And the family built the building presently occupied by Grand Mountain Bank.

Cremation has taken place.  The family suggests donations in his name to your favorite cancer charity.

To order memorial trees or send flowers to the family in memory of Spike B Potts, please visit our flower store.