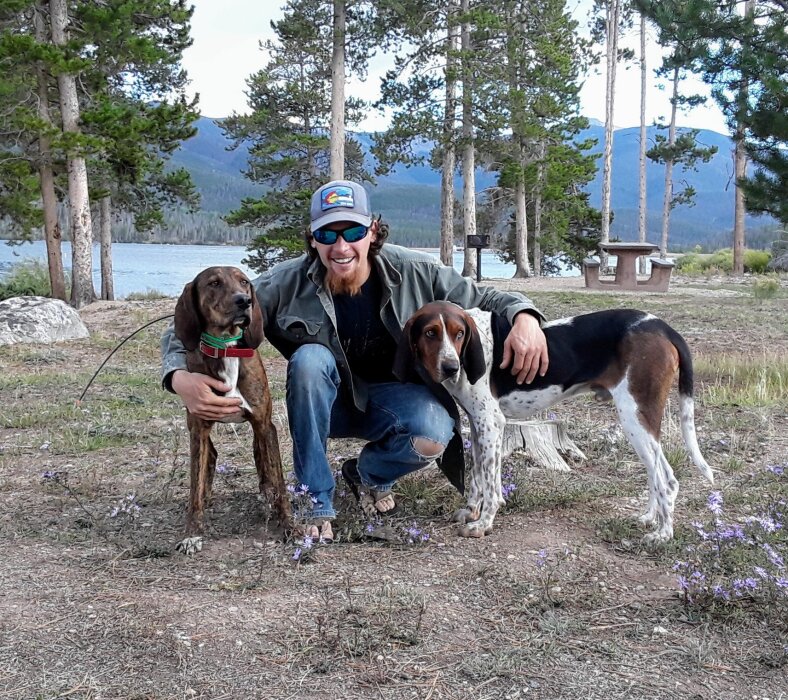 Sean Abraham Massoud of Grand Lake, Colorado, and Sauquoit, NY passed away on September 13, 2020 at the age of 29. Sean was born on February 14, 1991 to Michael and Barbara Piper Massoud.
Sean graduated from Sauquoit Valley High School in 2009. After high School he began his career as an electrician, working for a local contractor. He moved to Colorado in 2012, taking a job at Copper Mountain so the he could enjoy his first winter close to the slopes he enjoyed so much. He then worked for another electrical contractor before eventually founding a successful business known as S.M. Mechanical Services in Grand Lake, Colorado-an accomplishment which he was especially proud of.
As Grand Lake is nestled in the heart of the Colorado Rocky Mountains it was inevitable that Sean would pursue the many outdoor activities that he loved with vigor. He had two hounds; Bo and Richard. He trained them for mountain lion hunting and frequently worked with them in preparation for the season. Sean also enjoyed hunting the elk and deer that roamed the mountains. Living near the headwaters of the Colorado River, Sean was often found with his fly rod in hand fishing for the beautiful trout in the rivers and streams nearby. Although he found success in these sporting pursuits, he relished the experiences most of all. Sean also enjoyed many summer weekends in the outdoors camping and dirt biking with the Grand Lake Crew, whom he considered family.
Sean will be best remembered for his infectious smile and fierce devotion to his family and friends.
Sean is survived by his parents Barbara and Michael of Sauquoit, NY., paternal grandmother Joan Barber Massoud of Utica, NY. His older brother Daniel Massoud of South Dakota and sister Jessica Massoud Heinrich and Tyler Heinrich of New Hampshire, their son and Sean’s nephew Mason Heinrich, as well as many loving aunts, uncles, cousins and friends. Your heartfelt words of kindness and tremendous support have been very helpful during this difficult time.
A celebration of life will be held in honor of Sean at the Massoud homestead outdoors, on Saturday, October 10th from 1-4p.m., with a memorial service at 2:00 p.m.

To order memorial trees or send flowers to the family in memory of Sean Abraham Massoud, please visit our flower store.