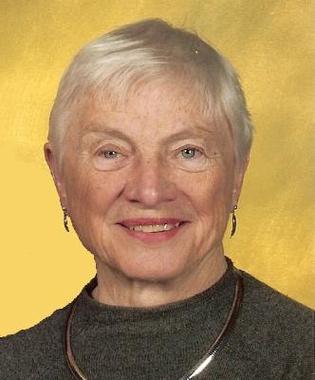 
Sally graduated from Wauwatosa High School in 1951, and went on to attend the University of Wisconsin in Madison, where she met Gene. She graduated from UW in 1955 with a degree in home economics. Sally and Gene settled in Pewaukee, WI after college, where she was active in many community and church organizations, including Women's Club, Pewaukee Yacht Club Mainstays, Girl Scouts, Cub Scouts, American Field Service, and St. Bartholomew's Episcopal Church, serving as a member of the vestry and as treasurer for over 20 years.


In January 1986 Sally and Gene moved to Florence, AL as a result of a job change. Sally was again active in community and church activities in Florence. She was a member of P.E.O., a women's philanthropic organization, and was actively involved at St. Bartholomew's Episcopal church in Florence.


Sally and Gene began their dream retirement in Colorado in October 1993. They quickly made many close friends, and continued their commitment to community service. Sally became active in the Granby chapter of P.E.O., the library, Habitat for Humanity, a literacy project, Cozens Ranch Museum and St. John the Baptist Episcopal Church. Through church, she enjoyed work trips to an Indian reservation in Utah.


Sally and Gene loved to travel and were fortunate to travel to England, France, Africa, Norway, and Italy. They also greatly enjoyed time with family and friends and their home was always open to visitors.


A service to celebrate Sally's life will be held on Saturday,Oct. 6 at 3:00 p.m. at the Whispering Pines Chapel at Snow Mountain Ranch. The family invites you to join them for refreshments


after the service, hosted by P.E.O.


In lieu of flowers, memorials may be made to:


National Sports Center for the Disabled

Leave a condolence for the family, share a story about Sally or add a photo to Sally's "Book of Memories" at www.grandcountymortuary.comMark H. Shearon, Funeral Director, Grand County Mortuary, is in charge of arrangements. 970-725-9010.

To order memorial trees or send flowers to the family in memory of Sally Ackley, please visit our flower store.