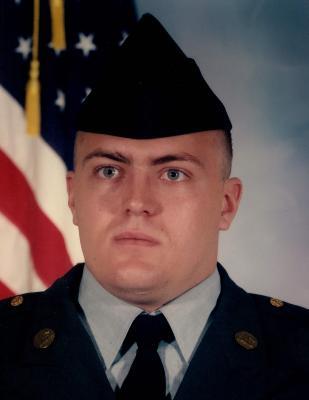 Russell Wayne Whitten, 41, of Kremmling Colorado passed away Friday, October 19th, 2012. Russell was born in Rifle, Colorado April 9th 1971. The family moved to Walden, Colorado where he attended Walden Elementary School and North Park Jr.-Sr. High School. Russell graduated from North Park High School in 1989. After graduation, Russell enrolled in the U.S. Army. He served until 1995, after his honorable discharge he moved to Craig Colorado and worked for Key Energy in the oil fields. In 2005, Russell suffered an injury that resulted in breaking his back. Unable to work he moved to Phoenix to live with his brothers Steve Whitten and Dennis Whitten. Later he moved to Kremmling and stayed with his sister Debbie Murphy and husband Dan Murphy.


Memorial Services for Russell will be Wednesday, November 7th at 1 pm. Services will be held in Craig, Colorado at Calvary Baptist Church 1050 Yampa Avenue. A memorial fund has been set up in Russell's memory at Mountain Valley Bank, 461 Main Street, Walden, Colorado, 80480. An online memory book has been provided by Grand County Mortuary at (grandcountymortuary. Frontrunnerpro.com/book-of-memories/1380578/Russell-Whitten/serive-details.php) in his memory. The family requests friends to please visit the page and leave a story about Russell.

To order memorial trees or send flowers to the family in memory of Russell Whitten, please visit our flower store.