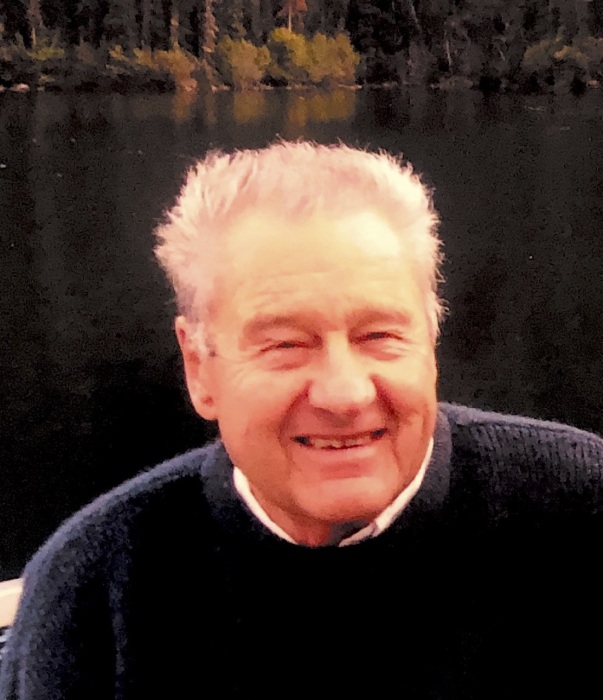 Robert Duane Scholl passed away on January 28, 2021 at age of 85 on his cattle ranch outside of Parshall, Colorado with his beloved wife of 65 years Pat by his side. Duane fought a long and courageous battle against both cancer and Alzheimer’s, and despite this he stayed active on his beloved ranch within a few months of his passing. He was an inspiration to all that knew him.

He was born May 8, 1935 on his family’s ranch up the Williams Fork to Robert Henry Scholl (Bob) and Ellen Nadine (Marsh) Scholl (Peg). Duane first attended grade school on the Williams Fork until age 6, riding his horse the few miles to and from. His folks then purchased the current Scholl Ranch from his uncle Gerald McCall around 1941, and the family moved into an old homesteader cabin up there for a year before his father Bob moved Peg, Duane and young brother Kayo down into a 4 room cabin that had no indoor plumbing (which is how they lived until he moved away to attend college, and Bob could build a new house).

Duane and his brother Kayo attended a small school on the Scholl Ranch, then subsequently attended a school on Corral Creek that was taught by his aunt Martha Weimer. He eventually attended grade school in Parshall. He finished up his schooling in Kremmling starting in 8th grade through high school graduation in 1953. He was valedictorian of his class that year while his future wife Pat was salutatorian of the same class.

Duane married his college sweetheart Patricia “Pat” Van Pelt in 1955, they first got to know each other in junior high track and later when they attended Bible Camp on the Williams Fork. Although there was a mutual admiration all through high school, Duane didn’t muster the courage to ask Pat out until College, he often explained, he didn’t think she would say yes!

Duane attended CU for 1 year on a football scholarship, he then transferred to Colorado State College (“the Aggies”) and received his undergraduate degree in Math and Science. Duane and Pat were married on August 28, 1955 and both graduated in 1957. The young newlyweds both had to work 2 jobs while attending college and worked on the Scholl Ranch during the summers. During college, Duane somehow found the time to be on the CSC wrestling team. After graduation, Duane taught high school math and science in Hillsdale WY until they moved back to teach at West Grand High School and to be closer to the Scholl family ranch. He even taught a couple of years at Middle Park High School, he then took a year off from teaching and went back to school himself to get his master’s degree in Mathematics from Oregon State University.

Duane and Pat had their first child Cheri in 1959 and then moved back to the Scholl ranch living in a small trailer until Duane could accumulate enough money from teaching and building houses during the summers, to start building his own home for his growing family. Thad Scholl followed in 1960, Kyle 1962, Shawn 1964, all subsequently resulting in 14 grandchildren, and 16 great grandchildren.

In 1982 Duane retired from teaching and became an agent for Farm Bureau Insurance. While at Farm Bureau, Duane won numerous awards including New Agent of the Year, Agent of the Year, and commercial, farm and ranch, and health agent of the year as well. In 1995 Duane left Farm Bureau and along with Becky Beason became partners in a company owned by his son Thad and formed Town and Country Insurance where he continued to provide insurance services until he retired in 2009.

Duane loved ranching but would often joke he needed at least two other jobs to support his ranching life! Duane had boundless energy and was a selfless giver of his time to his family, friends, students, church, and community. He was at one time President of Middle Park Woolgrowers Association, Chairman of the Colorado Woolgrowers Association, long term Member of the Middle Park Stockgrowers Association, Colorado Cattlemen’s Association, National Cattlemen’s Association. Duane was active in the Republican Party and one time ran for County Commissioner he was also a member of Judicial Performance Commission. He was on the Grand County Planning Commission, Middle Park Water Conservation District. Duane was also a founding member (along with Joe Gerrans, Grady Culbreth, etc.) of the Habitat Partnership Committee who bravely organized the Ranchers, BLM and DOW in an integrated mission to address the elk caused hay crop damage in Grand County. Duane was a longtime member and deacon at the Parshall Chapel and taught bible study classes.

Duane loved his family and had a dry, conservative, predictable sense of western humor, he could philosophize with the best of them! His word and handshake were unbreakable. Duane always made you feel welcome and he always took the time to talk to whomever sought his advice.  Duane loved to make ice cream for his children and grandchildren, but everyone suspected he loved to eat it most of all! He also loved to hunt, fish and sled with his children and grandchildren, and he was an accomplished carpenter and woodworker. He will be sorely missed by all who knew him.

In lieu of flowers that family would like donations to be made to the Alzheimer’s Foundation.

Donation can be made by phone at 800-272-3900 or at ALZ.ORG  please indicate your donation is in memory of Robert Duane Scholl

A Memorial Service/Open house will be held on Saturday February 6, 2021 at 1:00pm and then an open house till 4:00pm at the Parshall Chapel. Services will be broadcasted through Zoom due to the COVID-19 pandemic.

To order memorial trees or send flowers to the family in memory of Robert Duane Scholl, please visit our flower store.