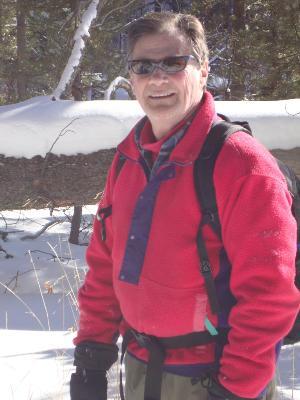 Robert Esty Mydans, age 64 died while snowshoeing in the Rocky Mountain National Park near Grand Lake, CO on Saturday February 18th. Robert was born on January 18th, 1948 in Boston Mass. to his parents William and Judy Mydans. He is survived by his wife Judy, son Daniel Mydans and Lindsay Mydans Dunsmore and her husband Dryden Dunsmore.


Prior to living in Highlands Ranch, and Grand Lake, CO, Robert lived in Boston, MA, Overland Park, KS, and Edmond, OK. His love of the outdoors was a guiding principal in his entire life. From a very early age he climbed mountains, skied, and organized camping trips for kids. His love for the outdoors was instilled upon his wife Judy, son Dan, and daughter Lindsay, and every vacation was spent in favorite spots such as Jackson Hole, WY, Vail, CO, Estes Park, and Grand Lake, CO with his family. He loved to travel and see the world and was recently in Africa and France. He passed away in the mountains of Colorado, near Grand Lake that he loved, with his wife of nearly 40 years. He enjoyed every moment, always seized every opportunity, and lived life to the fullest. Nothing meant more to him than his family and friends. His warm and loving nature was felt by everyone, and he will be cherished and missed forever.


Robert achieved a Bachelor's Degree in Political Science and History from Boston University and received his law degree from Suffolk University in Boston. During 32 years with the Department of Justice, Bob prosecuted organized crime, drug, and white collar cases in Denver, Kansas City and Oklahoma City, and he was appointed acting U.S. Attorney while in Oklahoma City. In 1991, he moved his family to Colorado to be near the mountains they loved, and went to work for the U.S. Attorney's Office in Colorado. As senior litigation counsel, Mydans oversaw training and professional development of other attorneys. He served on many boards as an expert on identity theft and fraud and spoke all over the world on behalf of credit unions. He traveled all over the world helping the justice systems of developing countries by providing, guidance, training, and authoring laws.


A Memorial Service will be held to celebrate Robert's life on Saturday February 25th at 1pm. At the Horan and McConaty Funeral Home located at 5303 E County Line Rd, Centennial, CO 80122 In addition to flowers donations may be made to The Mydans Memorial Fund through the Rocky Mountain Nature Association www.rmna.org or P.O. Box 3100 Estes Park, CO 80517. All contributions will be donated to back country search and rescue and trail maintenance. A Reception will immediately follow the service.

To order memorial trees or send flowers to the family in memory of Robert Mydans, please visit our flower store.