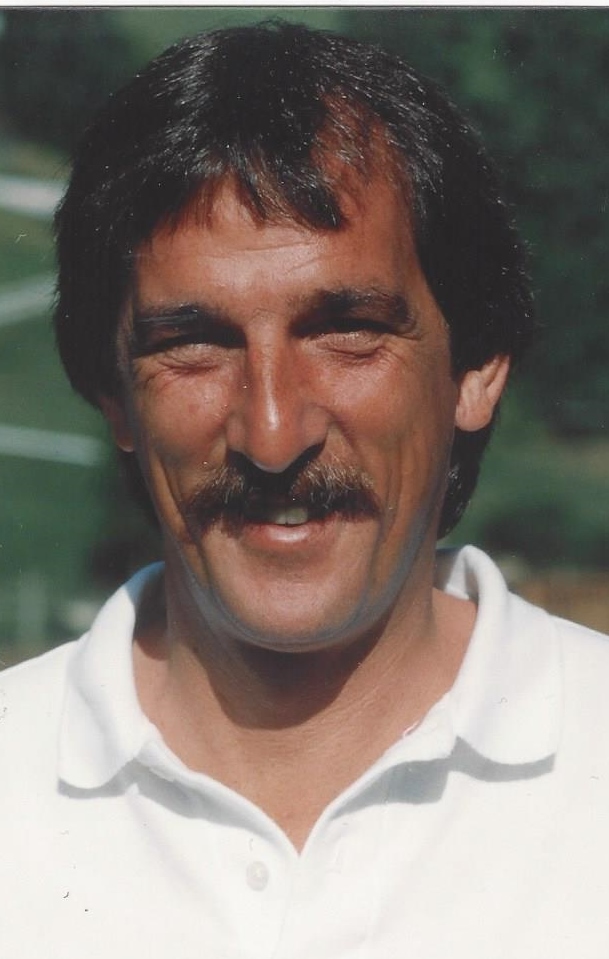 Bob Dart - 1951-2015
On Tuesday, November 17 Bob Dart, a treasured member of the Winter Park Resort family and Grand County
community, passed away at age 64, leaving behind scores of friends and loved ones.
In 37 years as a Winter Park Resort employee, Bob served as member of the Winter Park race crew, snowmaker,
Competition Center Director, and finally Director of Mountain Maintenance, where he oversaw nearly every aspect of
mountain operations, including snowmaking, grooming, terrain parks, telecommunications, slope maintenance, vehicle
maintenance, and lift maintenance. In the course of nearly four decades at Winter Park, Bob was known to be
passionate, stubborn, generous, ornery, kind, and brilliant, often simultaneously. The joke that Bob had "forgotten
more about the ski industry than most people had ever learned," was humorous only in its absurdity because Bob never
forgot anything. His knowledge of the ski industry and his ability to recall details in a nanosecond made him, like the
North Star, a fixed reference point for nearly every scenario one could encounter. There was never a need for manuals
or instruction books with Bob Dart in the room.
That vast knowledge of the ski industry was only possible because it sprang from a deep love of skiing and in particular,
skiing Winter Park. Through Bob's work with the Winter Park Comp Center, he became immersed with the United States
Ski Association (USSA) and became a highly respected voice in the world of ski competition. In 1989, he began a long
career as a FIS technical delegate, which saw him serve as TD for the 2005 World Championships in Bormio as well as the
2011 Hahnenkamm in Kitzbuhel, among many other assignments. As a volunteer committee and board leader, he served
16 years as head of USSA Rocky Mountain Division Board and led the FIS NorAm Cup subcommittee for nearly two
decades. He was on the USSA Board of Directors from 1992-97 and again from 2005-14, when he also played a vital role
in the McKinsey Study, which has helped change the face of USSA governance. His influence within USSA is exemplified
in the many honors he received from the organization, including the 1992 Paul Bacon Award (recognizing service to
USSA events), the 2006 Westhaven Award (recognizing USSA/FIS Technical Delegates), the 2007 Bud and Mary Little
Award (recognizing service to FIS/USOC), and the 2011 John Clair Award (recognizing service to the U.S. Ski Team).
While his work with USSA allowed him to travel to all corners of the globe, Winter Park was always home and he was a
valuable member of the community, serving as a board member for the Winter Park Ranch Water and Sanitation District
and as a retired member of the East Grand Fire Protection District, where for 26 years he was a Firefighter, Captain,
Board Member, and Board President.
Arriving in the Fraser Valley from his native California in 1977, it was a love of hang gliding, of all things, that brought
him to Colorado. After working for a hang gliding manufacturer in Southern California, Bob was convinced to come
flying in Colorado and it wasn't long before the allure of the mountains had him hooked.
Bob began working for Winter Park Resort on March 4, 1978 and his many distinguished accomplishments, which could
fill volumes, are dwarfed by the affection held for him by every co-worker, every athlete, and every person in Grand
County and beyond whose life he touched. To say he will be missed is grossly inadequate to express the grief felt by his
colleagues and friends. The thought of running Winter Park Resort without Bob Dart is almost inconceivable, but to
everyone at the resort it's a shocking reality faced much too soon.
As every person who works at the resort can attest, the only solace is that Bob would want everyone to wipe their tears,
have the best season possible, and, just like he would... keep flying.
A celebration of Bob's life will be held on Sunday, December 6, 2015 at 5:00 pm at West Portal Station at Winter Park
Resort. Donations may be made to the Winter Park Ski Education Foundation in memory of Bob Dart, a fund he helped
establish, or to Grand County Pet Pals, both 501c3 corporations. The Education Foundation is a scholarship fund
providing support for aspiring athletes. Condolences can be sent to Melissa Dart and Bob's sister, Lora Lee Rasmussen,
who lives in California. Both donations and condolences can be sent to Winter Park Resort Human Resources, PO Box 36,
Winter Park, CO 80482.

To order memorial trees or send flowers to the family in memory of Robert "Bob" Charles Dart, please visit our flower store.