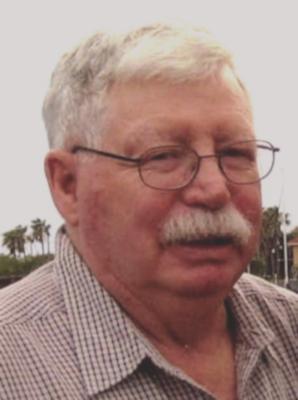 Dick Leonard died last week of progressive supranuclear palsy, a fatal brain disease he fought for seven years. Dick was the 12th and youngest child of Patrick Leonard and Clara Grace Staffacher, who came to the Fraser Valley in the early 1900's. Dick lived his entire life in Grand County, and considered it the only place he wanted to be. His early memories were of the fun of skating on the frozen Fraser River from home to the Fraser Canyon and back again or playing sports. Dick thrived on competition. He excelled at baseball, football and especially basketball and helped the Middle Park High School teams go to state playoffs in every sport he participated in. He was considered one of the most gifted schoolboy athletes to come out of Grand County. He parlayed his athletic excellence into a basketball scholarship to Western State College in Gunnison.

After school Dick served in the Army as a medic in a hospital in Germany. Private Elvis Presley was in Dick's care, but he did not give Dick a Cadillac. In Germany, Dick met his first wife Dewey Faye Leonard. They married and returned to Fraser where they started a family of three children: Rick, Rebecca and Sarah. Dick would rather spend time with his children than anyone in the world and they went hunting, fishing and camping all over the County.

Dick began his working life helping his father and brothers in the logging business. The family spent summers in a timber camp in the Fraser Canyon. There Dick helped care for the large draft horses that were still skidding logs out of the forest, learned to cook for the many lumberjacks at camp under his mother's tutelage, and became a peel boss at the tender age of 5. When he returned from the Army, he worked for Broderick Woods and later on Koppers Company. Later in his life, he joined his son, Rick, at the Poleyard west of Fraser. Dick's motto was "I never shorted a man a day's work and I am not about to start now."

Dick's interest in politics was cemented through conversations with then Vice-President Richard Nixon. Dick's father was President Eisenhower's fishing guide, and Nixon accompanied him but did not fish. Nixon ended up in the Leonard family kitchen eating Dick's mother's wonderful food, and not one to waste an opportunity, Nixon talked Dick and his mom to switch to the Republican Party. Thereafter, Dick was elected Mayor of Fraser to which he gave great service. He increased Fraser's budget many times over by convincing Safeway to open a Fraser store and that resulted in an incredible increase in sales tax revenue. Later, Dick was elected as a Grand County Commissioner where he concentrated on improving roads and replacing old bridges.

Dick's political opinion was highly regarded on both sides of the Divide. He was called the "Fraser Sage" by one Front Range paper, but he never liked that name. Dick was modest about his talents and accomplishments and that added to others' respect of his judgment and actions.

Dick was married to Sara Duncan of Denver 1994. They commuted over the Continental Divide for 16 years without missing a weekend.

Dick died at home on April 1 after a long illness. He was predeceased by his first wife, Dewey Leonard. He is survived by his wife, Sara Duncan of Denver and Granby, and by Rick and Cindy Leonard of Fraser, Sarah and Mike Mahoney of Granby, and Rebecca and Jim Pritchard of Missoula, Montana, and by his step-children Molly Duncan and Brian Johnson of Poughkeepsie, NY, and Ken Duncan of Durango. Dick is also survived by his grandchildren: Michael Leonard, Molly Leonard, Rachel and Nate Snyder, and Jessica and Jens Howlett. Dick had two great grandchildren Nicholas Snyder and Jace Howlett. Dick is survived by his brother and his wife, Gene and Martha Leonard of Moab, UT, his brother-in-law, Ed Hill of Grand County and his sister-in-law, Maxene Leonard of Denver.

Services will be held on April 9th at 11 am at the Church of the Eternal Hills located 1 mile west of Tabernash on Pole Creek Meadows Road. In lieu of flowers, contributions may be sent to the Jeremy Bloom Wish of a Lifetime Foundation, 1821 Blake Street/P O Box 1454, Denver, CO 80201.

To order memorial trees or send flowers to the family in memory of Richard Leonard, please visit our flower store.