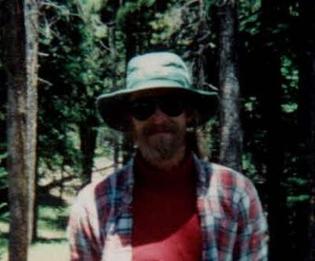 Peter Clinton Miles, known to almost all as Pete, age 55, of Granby, Colorado passed away at home on Tuesday, May 8, 2012. Pete was born March 8, 1957 in Southgate, Kentucky to Allen Clinton Miles and Joan Marie (Pawk) Miles. Pete grew up primarily in Delaware and graduated from Claymont High School in 1975. He attended the University of Delaware and graduated with a B.A. in geography in 1979.


While growing up Pete was often found on the golf course or in some other athletic endeavor. His lifelong loves of travel and music, each fostered by one of his parents, started at this early age.


Shortly after his college graduation he migrated west to Colorado and was immediately at home in the high country among his beloved mountains. He worked for the United States Forest Service, Columbine Lake Properties and several other places before starting his own business, I Can Fix That Too. He was skilled at carpentry, plumbing and all sorts of maintenance and small repair.


His greatest joys (besides his two daughters) were the outdoors and music. He was an avid fisherman and hunter, loved to camp, boat, and hike and basically do anything out of doors. The elk and trout of Grand County are much safer now in his passing. November elk camp was probably his favorite time of the year and several of the stories of his elk hunting are the stuff of legend.


Pete was also an extremely talented musician who excelled at the clarinet, piano, and flute. But he was most well known as a guitarist and singer and played with several local bands over the years including the Shadow Mountain Boys and Tasty Home Cookin'. He also performed as a soloist in different venues across Grand County. His musical performances allowed him to meet Betty White, among others, and he loved connecting with his audiences through his gift of song.


Pete is survived by his daughters, Kimberly Brooke Miles of San Francisco, California and Savannah Joy Reeve Miles of Fraser, and a brother David Allen Miles of Woodstock, Vermont.


A memorial service was held outdoors in the mountains on Saturday, May 12. His remains will be distributed at a later date.


Memorial donations may be made to the American Diabetes Association 1701 North Beauregard St. Alexandria, VA 22311 or the Rocky Mountain Elk Foundation 5705 Grant Creek, Missoula, MT 59808 You may visit his memorial website at www.grandcountymortuary.com and share thoughts of Pete or leave condolences for the family. Mark H. Shearon of Grand County Mortuary was in charge of the arrangements. 970-725-9010

To order memorial trees or send flowers to the family in memory of Peter Miles, please visit our flower store.