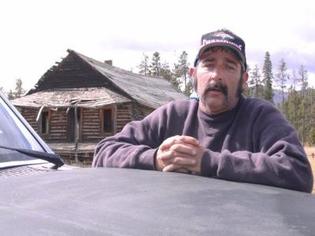 PATRICK MCKOWN of Tabernash died at home on Monday, March 11, 2013.


The son of Elizabeth Anne and Larry Lee McKown, Patrick was born on November 14, 1967 in Battle Creek, Michigan and lived there until the age of five when the family relocated to Colorado, first in Arvada and later in Aurora. He attended Smoky Hill High School and received his Associate's degree in Automotive Technology from Denver Technical Institute.


Putting his new degree to use, Patrick worked for a time as an auto mechanic in the Denver area, but soon realized he was happier in the mountains. He lived for a period of time in Clark and eventually settled down in Tabernash, working as a heavy equipment operator and a lift operator crew leader at Winter Park Ski Resort.


A lifelong fisherman, Patrick spent many winter days in his childhood ice fishing at Cherry Creek Reservoir and enjoyed taking his canoe out on the lakes near his home in Tabernash. An avid reader, Patrick also enjoyed spending time on the computer, golfing, woodworking, raising chickens and working on home improvement projects. Patrick was a vocal and passionate Democrat, spending countless hours sharing his views with his large circle of friends and family.


Patrick is survived by his wife, Diane Granich-McKown, his mother Anne, his brother Christopher (Lisa), his sister Mary Anne (Neil Grudzen) and his nephew Gavin. A great friend, son, brother and uncle, Patrick also had a soft spot in his heart for animals, leaving behind his two cats Gumby and Keeper.


There will be a memorial service in Denver at the Cherry Creek Marina & Yacht Club (Cherry Creek Reservoir) on Sunday, April 21st at 11 am.


Donations may be made to Grand County Pet Pals, PO Box 1972, Granby, Colorado, 80446 or the Colorado Democratic Party, www.coloradodems.org.

To order memorial trees or send flowers to the family in memory of Patrick McKown, please visit our flower store.