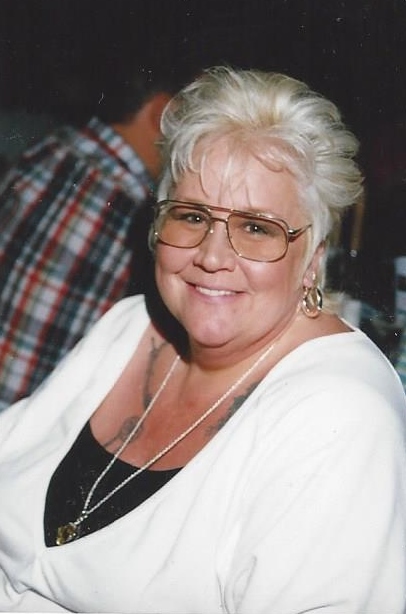 Mary K. (Florquist) Wellman left us peacefully in her sleep on Sunday December 20, 2015. Mary was the first child born to Robert J. and Helen C. Florquist of Fraser. Born on October 23, 1947 Mary grew up in Fraser and graduated from Middle Park High School in 1965. After graduation Mary moved to Boulder to continue working with Mountain Bell Telephone as a switch board operator. In the early 70's Mary took up the sport of drag racing. In her spare time and on weekends you could find her at Bandimere Speedway in Morrison racing her car in the ¼ mile drags, Mary became known as PROUD MARY, thus the name of her race car.
In 1982 Mary met the love of her life Jack L. Wellman and they wed on April 22, 1983. Mary and Jack moved to Longmont where they spent nine wonderful years together before Jack passed away in May of 1992. Mary then relocated and took a job at Comcast in Boulder. After Mary's retirement she would spend her time enjoying reading, collecting Native American Art and spending time with her best friend "Cleo" family and friends. Mary was also a big fan of Duck Dynasty, Dale Earnhardt Sr. and later Dale Earnhardt Jr. Mary and her late sister BJ made it to several NASCAR races in Arizona and enjoyed a few trips to the Casinos in Las Vegas before BJ passed in 2010.
Mary is survived by her brother Robert J. Florquist II and his wife Cheryl of Hot Sulphur Springs, two nieces, Kimberly J. (O'Neil) Summers and her husband Gene of Littleton and Tamara L. Florquist of Arvada, two great nieces Morgan M. and Kortney J. O'Neil of Fraser, two nephews, George E. O'Neil Jr. and his wife Mindy of Fraser and Tyler G. Florquist of Hot Sulphur Springs. Services for Mary will be at Fort Logan Cemetery where she will be laid to rest with her late husband Jack. A celebration of Mary's life will be held later this summer in Fraser TBA. In lieu of flowers please make any donations to the Grand County Animal Shelter or the American Diabetes Foundation. 365


To order memorial trees or send flowers to the family in memory of Mary K. Wellman, please visit our flower store.