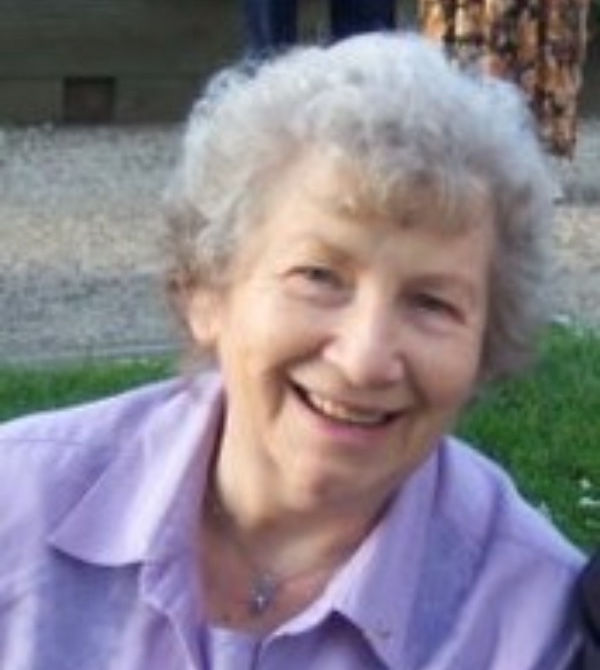 Long time Kremmling resident, Mary Dale Beckner, passed away Sunday, April 25, 2021 at the age of 100. She had been residing at the long term care facility at Middle Park Health's Kremmling hospital. She was born on the family cattle ranch in Bent County Colorado on October 9, 1920 to Francis A and Lota Dale (Jackson) Baldwin.

She was a graduate of McClave High School, Colorado Women's College and Colorado State College of Education (now University of Northern Colorado) where she earned her teaching certificate.
Mary Dale taught school in Collbran, Colorado during the 1942-43 school year before returning to Denver where she took a job with the Hungarian Flour Mills. She met a soldier, Robert (Bob/Beck) Beckner, in 1943 while he was stationed in Denver. He was sent to Panama in 1944 and they didn't see each other again until the end of January 1946. He sent her a train ticket after asking her to marry him. She traveled alone to California and married him a week later. They celebrated their 60th wedding anniversary shortly before Bob passed away in 2006.
She was also preceded in death by her parents, her brother Francis Baldwin and sister Margaret Friedell.
Her early life was exciting from the stand point of having a cattle ranch to grow up on with her sister as a playmate. They rode horses for fun and to bring the milk cows in, it was their responsibility to feed and water the chickens and turkeys as well as some of the other animals. They also helped in the house. A favorite family story is when they were sent to gather eggs. Upon arriving at the chicken house they found a rather large bull snake on the floor. Now this snake had been feasting on eggs and had swallowed several whole so the two little girls (ages 5 & 6 perhaps) took off their socks & shoes and preceded to walk up the snake's back breaking all the eggs he had swallowed.
When Mary Dale started to school she rode on horseback behind her brother. Thanks to having great teachers in her early years, Mary Dale decided to become one. She taught English in the West Grand schools for many years and was sponsor for the West Grand Middle School pep club. She retired in 1987.
She loved to travel, to read, to grow flowers outside, to have lots of plants in her home, and to hear from family and friends. She also made the best apple pies.
Mary Dale is survived by her children Judy (Jim) Sherwin of Kremmling, Bruce (Vicky)Beckner of Wellington, CO, Janice (Denny) Hill of Story, Wyoming, and Craig (Gloria) Beckner of Banner, Wyoming; 11 grandchildren including Matt Sherwin, Dale Anne (Sherwin) Znamenacek, Bryan Beckner & Nathan Hill who all resided in Kremmling at one time, 30 great grandchildren and 1 great, great granddaughter.
A celebration of life will be held at a later date.

To order memorial trees or send flowers to the family in memory of Mary Dale Beckner, please visit our flower store.