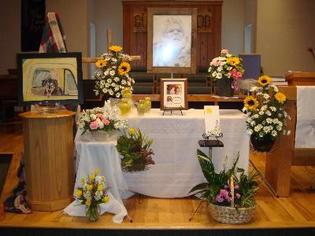 
Longtime Grand County resident Marianne Klancke died of a kidney infection at her home in Fraser on March 4, 2011. She was 58.


Marianne immediately endeared herself to the Fraser community with her eternal zest for life and positive energy. Marianne supervised the Winter Park Resort Season Pass Department for 19 years and owned/operated The Tile Lady.


Marianne's true passion was for people and helping them achieve their dreams. In 2003 Marianne received her bachelor's degree in communication and went on to get her life coaching credentials. Life coaching was her passion.


She has two daughters, Carridy and Krista, and was a devoted, creative and loving mother.


Marianne was a pillar of the Fraser and Grand County community. Her passion for life and strong civic pride are evidenced by her numerous volunteer hours championing the Fraser ice skating rink, Fraser Halloween parties, story hours at the Fraser Library, Fourth of July picnics, teen dances and the Teen Center, Advocates Sprout House, Fraser's Old School Play Ground, Fraser Town Council and Planning Board (16-20 years), Businesses Without Boarders and serving as an Advocates board member.


She was preceded in death by her parents, Jick and Emil Corzine.

To order memorial trees or send flowers to the family in memory of Marianne Klancke, please visit our flower store.