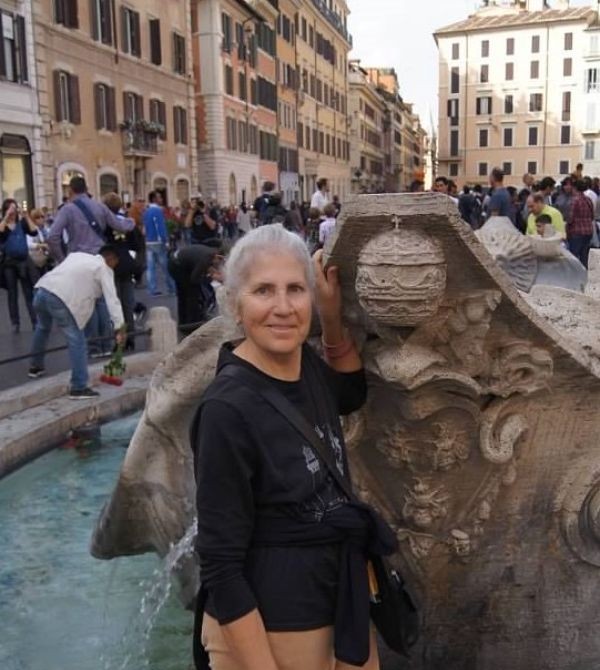 Lurline Underbrink Curran or “Lur” as she was known to those close to her, passed away at her home in Kremmling on May 31, 2021 surrounded by family after a long battle with breast cancer.

Lurline was born on July 5, 1949 to Clyde and Margaret Underbrink in Quincy, Illinois. Lurline was the eldest of 4 children. Her siblings are Adah Gore, William Underbrink, and Noble Underbrink all of Kremmling. The Underbrinks move to Kremmling from Lewis Town, Missouri in 1955 where Lurline attend school at West Grand graduating with the class of 1967.
In 1973, Lurline became a mother giving birth to her daughter Kelly Lee Curran (Friesen) followed by her son Casey Richard Curran in 1974. Anyone who knew Lurline, knew her children were her world. She never missed an event of theirs even if it was in two different locations. She could always be found cheering loudly for Kelly or Casey in the bleachers sporting her wildly colored leggings before leggings were even cool.
Lurline began her 33-year career at Grand County in 1982, when she took a position as administrative assistant in the Planning Department. Lurline quickly climbed the ladder, being promoted to Planning Technician in 1987, and later appointed Director of Planning on February 1, 1988. During her time as the Planning Director, Lurline consistently applied and enforced Grand County’s land use regulations and contributed to the success of many large planning projects throughout Grand County, such as the Grand County Headwaters Trail Master Plan, Wolford Mountain Reservoir Project, Pole Creek Meadows, Grand County Strategic Growth Plan, 1998 Grand County Master Plan and Governor’s Smart Growth Award, Reserve at Elkhorn Ridge, Fairways at Pole Creek, Legacy Park Ranch, Young Life Crooked Creek Ranch - Special Use Permit and providing the community of Tabernash with central sewer.
In 1999, Lurline was appointed as County Manager, a position that she held until her retirement in 2015. During her 16 years as County Manger she had many successful accomplishments including but not limited to; the Fraser Road & Bridge Shop and land acquisition, upgrading the Grand County Emergency Medical Services to a modern professional service, Grand County Judicial Center, Administration Building remodel, Middle Park Fair & Rodeo, Implementation of an Employee Pay Plan, Fairgrounds improvements, Airports improvements and Public Safety Communication sites and improvements. She also was a key leader in successfully negotiating numerous agreements related to water resources and water projects on behalf of Grand County’s citizens, including, but not limited to: the Colorado River Cooperative Agreement, Windy Gap Firming Project 1041 Permit Amendment, Windy Gap Firming Project Intergovernmental Agreement, Grand County Moffat Collection System Project - Mitigation and Enhancement Coordination Plan, Grand Lake Clarity, Shoshone Outage Protocol, Intergovernmental Agreement for the Learning By Doing Cooperative Effort, Gore Canyon Whitewater Park – Recreational In-Channel Diversion (RICD) water right, the storage and release of the 5,412.50 acre feet of environmental fish water in Granby Reservoir, Windy Gap Bypass Project, Grand County’s Stream Management Plan, Water Delivery and Stream Flow Improvement Agreement with the CWCB, Integration Agreement with the Grand County Water Users, Berthoud Pass Sedimentation Pond, Carriage Contract with Reclamation for the Windy Gap Firming Project, Big Lake Ditch Project, Acquisition of Shares in the Grand County Irrigated Land Company (Vail Ditch), Agreements with the City of Englewood and Climax for use of the Cabin-Meadow Creek Collection System, participation in the Historic User Pool telephone calls, securing Reclamation’s control over water scheduling through the Adams Tunnel, Grand County’s Representative on Colorado River Roundtable, and Grand County’s Designated Senate Document 80 Representative. She was also recognized by Grand County and commended for her fiscal tenacity and Grand County’s fiscal stability throughout her tenure and one of history’s largest economic downturns, all while keeping Grand County debt free and without employee layoffs.
Lurline continued her education later in life, graduating Summa Cum Laude from Regis University with a bachelor’s degree in comparative religion in 1999. She later returned to Regis University earning her Master’s Degree in Psychology in 2005.
In 1997, Lurline became a grandmother for the first time when her granddaughter Reilly Lurline Weimer was born. She would later be blessed with 3 more granddaughters, Haley Marie Weimer (1999), Erica Michael Weimer (2000) and Sidney Lee Curran (2003). In 2006, her only grandson Bodin Casey Curran was born. Later in 2006, 3 more step-granddaughters joined the mix Hayley Grace Friesen (2000), Cameryn Brie Friesen (2002), and RJ Dakota Friesen (2005). All 8 of her grand children spent countless amounts of time with their Grandma Lur and Papa Paul on the Colorado River, the Green River, and traveling to Europe learning many life lessons and sharing her love of the river.
In 1985, Lurline met the love of her life, Paul Grant to whom she has spent the past 36 years with. They shared a love of the river, camping (spending weeks at a time on the Green River), and their creating opportunities for their grandkids to experience the outdoors.
Lurline is survived by her husband Paul Grant, her children Kelly Friesen and her husband Matthew Friesen, Casey Curran and his wife Nowell Curran, her 8 grandchildren, Reilly, Haley, Erica, Sidney, Bodin, Hayley, Cameryn, and RJ. Her sister Adah Gore (Queen 1) and her brother Noble Underbrink. She is also survived by numerous nieces and nephews and great nieces and nephews that she adored.
She was preceaded in death by her parents, mother Margaret Underbrink (1973), her father Clyde Underbink (1995), and her brother William (Bill) Underbrink (2020).
Lurline was a good daughter, sister, mother, grandmother, partner, horsewoman, slow pitch pitcher, umpire, Middle Park Fair and Rodeo supporter, rafter, outdoorswoman, CrossFitter, and her love of the F word. She will be remembered for her grit, stubbornness (bull headedness), dedication, passion, perseverance, kindness, and compassion.
Services for Lurline will be June 11, 2021 at the Headwater Center in Winter Park Colorado at 2 p.m. If you would like to share any stories please email them to friesenkl13@gmail.com by June 10, 2021.
In lieu of flower, the family has established a Lurline Underbrink Memorial Scholarship Fund at Blue Credit Union in Granby, Colorado.

To order memorial trees or send flowers to the family in memory of Lurline Underbrink Curran, please visit our flower store.
Open