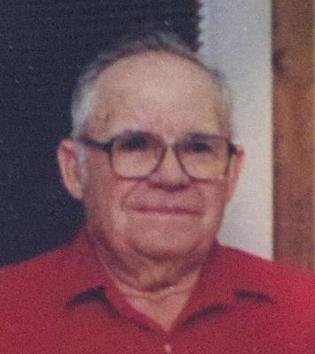 Lloyd B. Bock was born in Brush Colorado on October 17, 1928 to Neil and Vera Bock. He passed away on May 7th, 2012 at his residence early in the morning after battling cancer. He was the second of five children. His family left Brush when he was a young boy and spent a short time in Oregon before making their home on a farm in Lebanon, Kansas where he graduated from High School.


Having a free and Independent spirit he left home right out of High School heading west with his buddy "Cotton Top." His first job was at the old Phillips 66 station in Kremmling. There he met the love of his life Laverne Stathos. They were married for sixty-five years during which time they raised six children together.


The second love of his life was working and he did not retire completely until he was eighty years young! He owned and operated Bock Construction for many years which is still in existence with his son Tim.


He had many hobbies and a huge imagination making lots of crafts. He loved clocks of any kind, tractors and enjoyed his garden especially after retirement. He was proud to be the Grand Marshall of the Kremmling Day's parade in 2010.


Several in the community were recipients of his charitable heart! He loved and was loved by his large extended family.


He has eleven Grand kids and 18 Great Grand kids. He never did forgive his first Grand son Jeff for making him sleep with a Grandma! He is survived by his wife Laverne. Kids: Teddi, Dan, Tim, Brenda, Ron and their families. Siblings: Bill, Eula, Ruthie, Donna and families. Many Nieces and Nephews.

To order memorial trees or send flowers to the family in memory of LLoyd Bock, please visit our flower store.