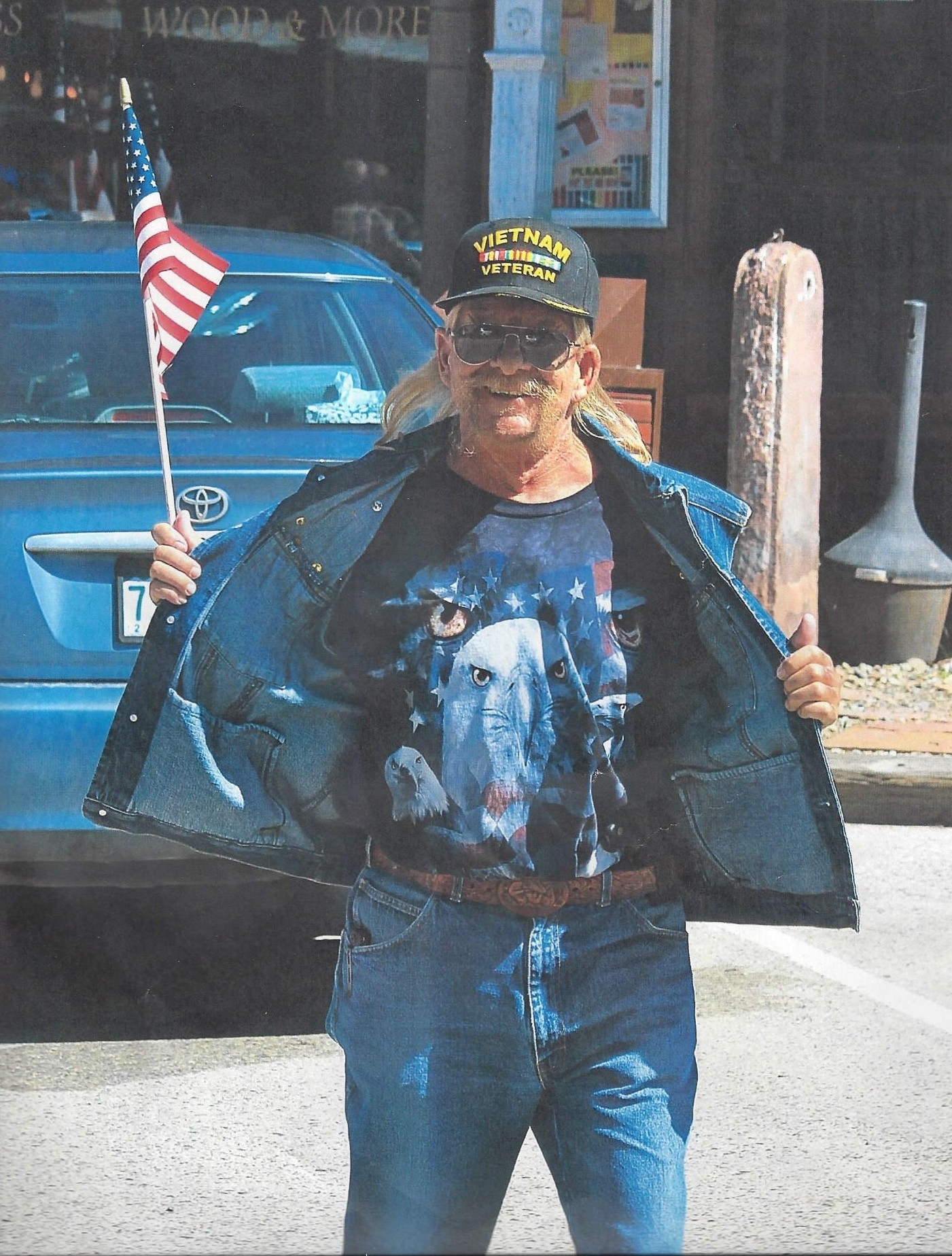 On August 31, 2017, Larry left us to fish in calmer oceans, to hunt and fish in pristine wilderness. He will join his mom Ruth, his dad Art, his second and favorite fishing buddy Uncle Bob, and esteemed family members and friends.
Larry was born in Denver on January 7, 1952. At a very early age, Larry was exposed to "fisher's syndrome." He then began his life quest to "catch them all." After 65 years of executing the mission, Larry had respected and honored over 130 different species. Larry graduated from Lakewood High School in 1970. Larry then served our country in Vietnam as a gunner aboard the USS Knox. After his discharge, Larry continued his careers in taxidermy, woodworking and art. In the early 80's, Larry and Janet opened a taxidermy shop, Custom Fish Ltd.
In 1979, Larry met Janet. She too was exposed to and contracted "Fisher's Syndrome." The condition spread rapidly. Janet decided the quest was true on June 7, 1983; they eloped. Continuing the quest in 2014, Larry and Janet renewed their vows off the Keys in a fishing boat names "Catch em All."
Larry and Janet became frustrated with the big city life and moved to Summit County in 1987. Larry honed his talents as a carpenter, woodworker, artist, and "teacher of Indian tricks." In 1993, Larry and Janet moved to Kremmling. Larry ended his working career at Snow Mountain Ranch as lead carpenter and the guy to call when unique problems needed solving. Larry applied his talents and unique artistic imagination to many tasks. He designed and built many things, alters, amphitheaters, bunk beds, crosses, and, and, and. Many of his unusual signs have been and will be admired by thousands of guests, volunteers and employees at the ranch.
We are honored and a bit overwhelmed by thoughts, prayers, support and desire from all of you to help us out in our hard time. If you wish, donations to VFW Auxiliary, Post #9374 will be appreciated by many.

A Memorial and Kick-ass wing ding will be held at the time to be determined.

To order memorial trees or send flowers to the family in memory of Larry Vocate, please visit our flower store.