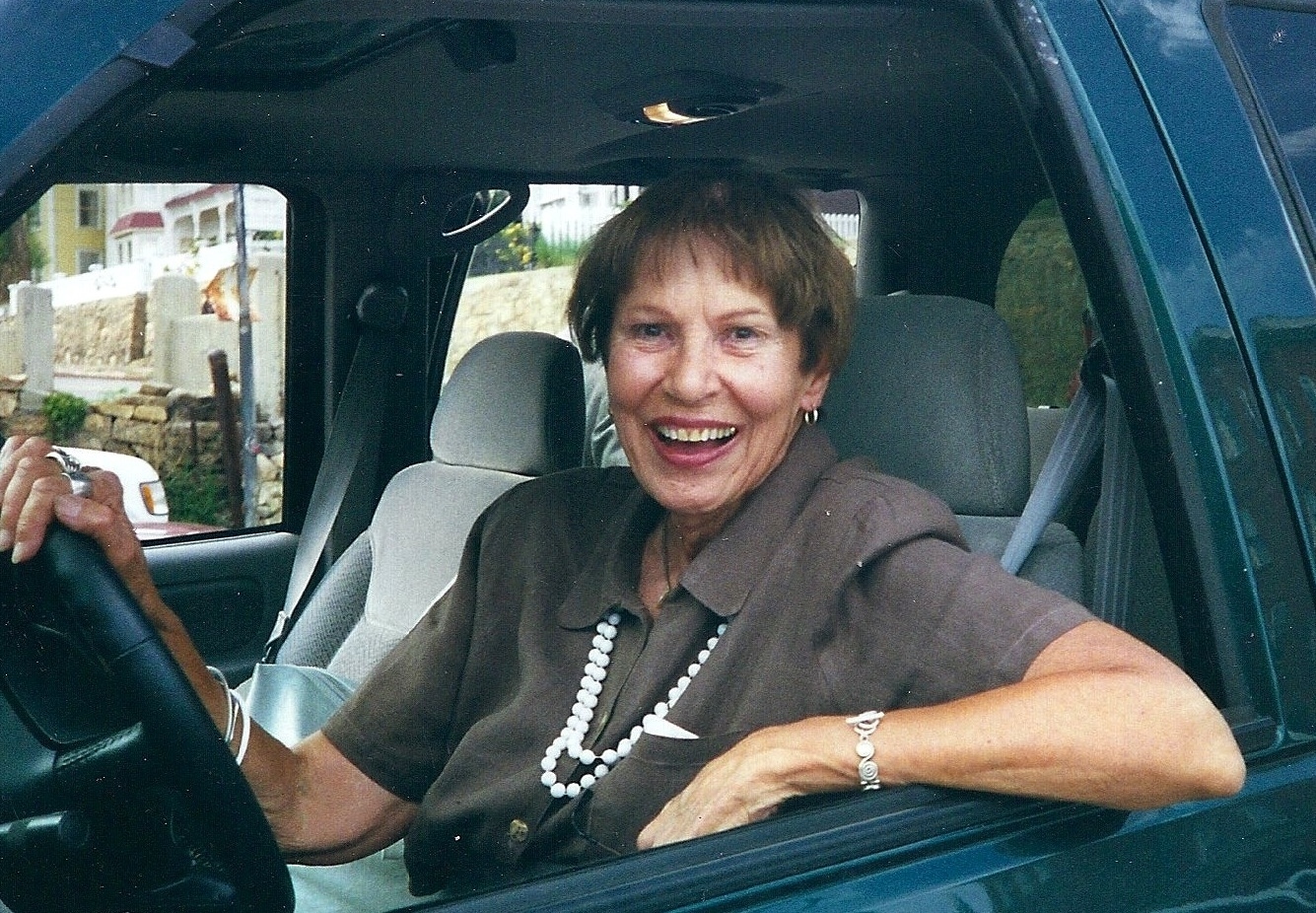 The ski train brought Joyce Hanna (Engel) to Winter Park on January 19th, 1951, when a roommate told her the skiing was great and there were jobs aplenty!
Born in Rockford, Illinois and raised in Chicago, Joyce had previously vacationed in Colorado and went to the University of Colorado where she earned dual Bachelor's Degrees in Sociology and English Literature. She arrived in Winter Park to plenty of fresh snow and the smiling face of George Engel, the man who would become her husband and with whom she would raise a family and establish roots in the Fraser Valley. It was Adolph Leuthy of Adolph's Bar who sidled up to George and told him that he needed to propose to Joyce. It took all of three weeks, but on an outing with Joyce, George stopped the car in front of Adolph's and proposed. On June 16, 1951 the two were married, staying married for 57 wonderful years.
Joyce, who came to Winter Park to ski, was immediately immersed in the ski industry where she proved to be an incredibly savvy businesswoman. Often giving new companies their first orders and contributing to the success of many in the ski industry. George was the director of the ski school and also ran a ski and rental shop at the base of the ski area. When it came time to expand the shop, the couple borrowed money from friends, obtained lumber from Denver and built the shop themselves. There was an apartment above the shop and that is where Joyce and George started to raise their family, which included two daughters, Janet and Wendy.
The Engels were an integral part of the growth of the Fraser Valley. They helped start the Winter Park Chamber of Commerce and Joyce was on the first board of directors. They were instrumental in the beginnings of the John Work Arena, the Winter Park Horseman's Association and the High Country Stampede Rodeo Series. Most recently Joyce was honored as a Middle Park Pioneer of the Year at the 2015 Middle Park Fair and Rodeo.
Perhaps the most lasting legacy of Joyce Engel will be the Community Concert Series that was started by Joyce and Alice Weir. Joyce said she loved jazz, and she loved to dance so the concert series was her role in "bringing a little culture" to Grand County.
Joyce is survived by her daughters, Janet Engel and Wendy Christensen, grandchildren, Kelly Christensen and Jeff Christensen, and great-grandchildren, Dominik Stefanik and Olivia Stefanik. George passed away in 2008.
The family will be holding a life celebration this summer and that in lieu of flowers asks that donations be given to the Grand County Concert Series, or The PEO Foundation, Chapter IX Scholarships.

To order memorial trees or send flowers to the family in memory of Joyce Hanna Engel, please visit our flower store.