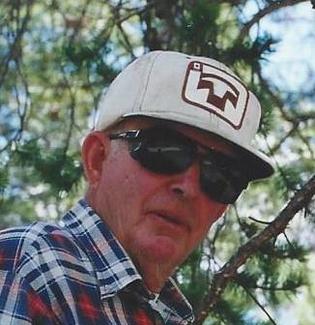 John Brice Sheriff was born May 25, 1926 in Denver Colorado to Glenn and Adaline Morgan Sheriff. His whole life revolved around operating the Sheriff Ranch which was homesteaded by his great-grandmother and grandfather in 1881.

He attended 12 years of school in Hot Sulphur Springs in the building that now houses the Grand County Museum. John served his country in the Pacific Theater of World War II in the US Nave from 1944 through 1946. His ship was in Tokyo Bay on the day the Japanese signed the surrender, ending the World War II.

Three days later he walked through the rubble of the city which he described as a "flattened landscape". After being discharged, John returned to Colorado and attended Colorado Agricultural College (now CSU) in Fort Collins for two years.

In lieu of flowers the family request donations be made in his memory to the Grand County Historical Association, PO Box 165, Hot Sulphur Springs, CO 80451.

Cremation has taken place and a Memorial Service to celebrate his life will be held at the Sheriff Ranch later this summer.

To order memorial trees or send flowers to the family in memory of John Brice Sheriff, please visit our flower store.