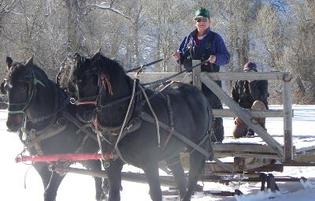 
John was born in Glenwood Springs, CO on October 16, 1940 to Maxine McPhee and John Mather Sr. He grew up on the Sheephorn and graduated from Summit County High School in Breckenridge in 1959. John served in the Navy from 1964-1969 and is a Vietnam Vet. He met Judy Reynolds in 1973 and was with her until her death in 2005. He came back to Colorado and throughout his life worked in the mines, construction, as a mechanic, and ranched. For the past year he returned to the Sheephorn working for the Piney Peak Ranch doing exactly what he loved.


John is preceded in death by his wife Judy Mather and his canine friends and sidekicks Sweetie pie and Wyatt.


Memorial services will be held at 4:30pm, Thursday March 21, 2013 at Kremmling Community Church. The service will be officiated by Marshall Sherman.

To order memorial trees or send flowers to the family in memory of John Mather, please visit our flower store.