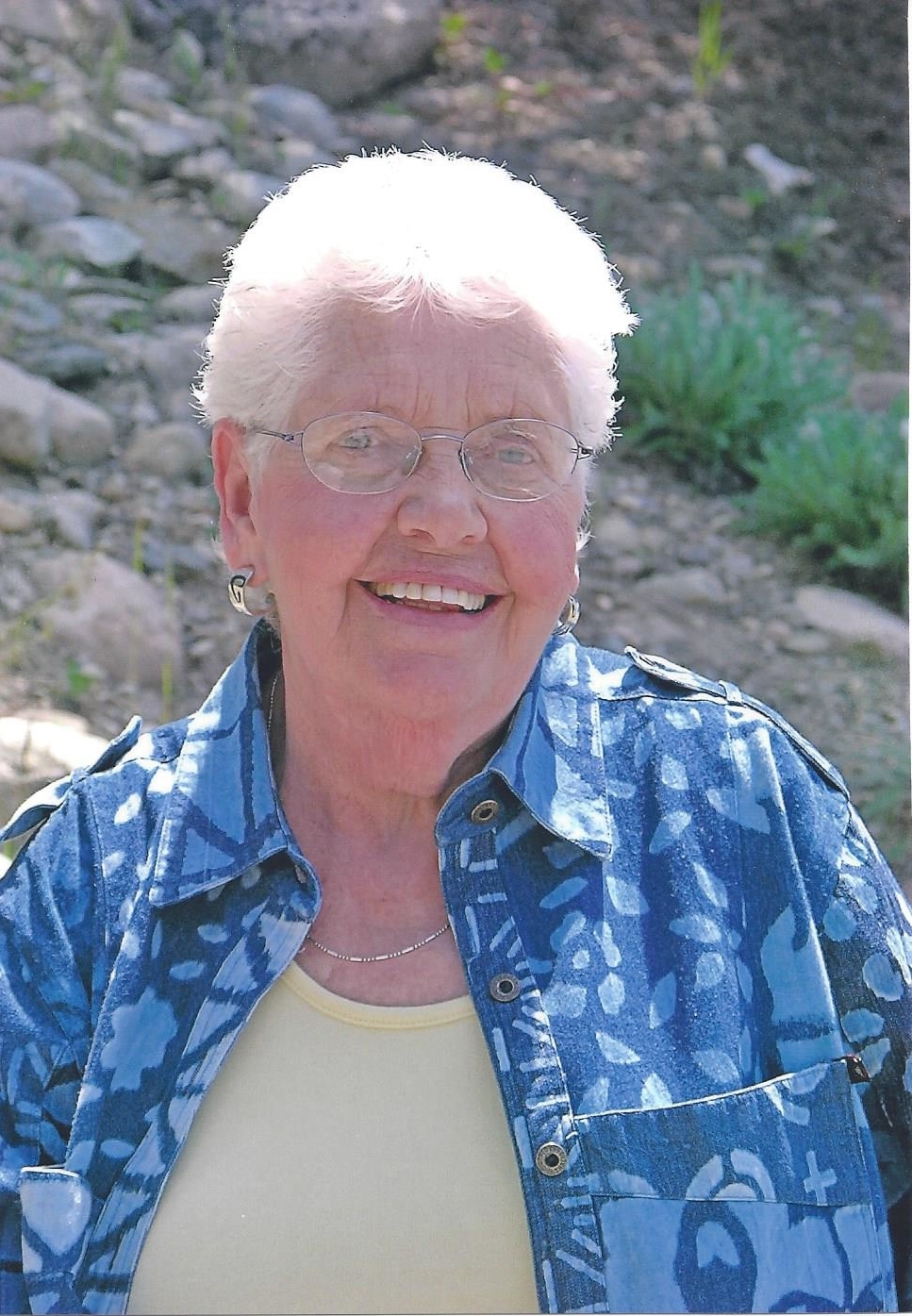 
Joan Hedderson Canon, who nursed and spoiled and otherwise loved those who surrounded her through a life of faith and caring, died peacefully in her sleep on the night of June 21, 2016. Harry, her loving husband of 61 years, woke to find her at rest in their Grand Lake home and in the care of her Heavenly Father. She was 82.
Joan was born Jan. 3, 1934, to George and Edith Hedderson, who raised her in a Philadelphia row house. Their daughter would go on to spend the rest of her life caring for others - first as a nurse, then as a wife, as a mother, again as a nurse, on an ambulance team, as a park volunteer and as stand-in grandmother and reading tutor to hundreds of elementary school children in Grand Lake and Granby.
She became a registered nurse while attending Abington Memorial Hospital in Willow Grove, Pa., and found a lifelong love in Harry Canon, a preacher's son still years away from a steady paycheck. Together they raised a family - on a shoestring in the early years - and moved across Pennsylvania, to Nebraska, to Virginia, back to Nebraska and then to Illinois.
As a medical professional, she was as skilled as she was caring. She worked in intensive and coronary care units at hospitals in Lincoln, Neb. In DeKalb, Ill, she was a trauma nurse specialist in the emergency room of Kishwaukee Community Hospital.
As wife and mother, Joan ladled out love to those around her and sponged up the affection that came to her in return.
For both Joan and Harry, the pull of the Rocky Mountains was irresistible. So they retired early a quarter century ago to the outskirts of Grand Lake. While Harry worked as a seasonal ranger, Joan volunteered at Rocky Mountain National Park for 9,655 hours over 25 years. They also teamed together for 10 years on an ambulance team. And Joan put in untold joyful hours making better readers and happier kids out of elementary students in Granby and Grand Lake who sometimes knew her as that lady in the Cat in the Hat costume.
She is survived by her husband, Harry, in Grand Lake; by her children, Susan Powell of Bloomington, Ill., Robert Canon of Grand Lake and Scott Canon of Kansas City, Mo.; and by four grandchildren and four great grandchildren.
She was preceded in death by her parents and her sister, Marge Schmidt.
In lieu of flowers, Joan requested contributions to Doctors Without Borders or the Joan Canon Memorial Fund at Rocky Mountain National Park. A Memorial Service will be held at 10 a.m. Wednesday, June 29, 2016 at Trinity Church in the Pines, Grand Lake, with the Rev. David Heil officiating.

To order memorial trees or send flowers to the family in memory of Joan Hedderson Canon, please visit our flower store.