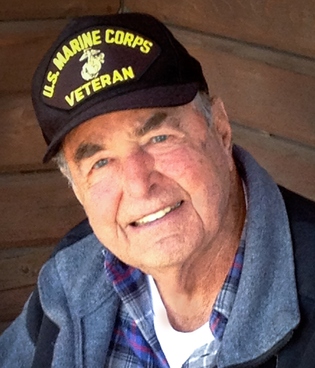 James Boyd, a longtime Grand County resident, passed away on Thursday, May 21st at the Kremmling Memorial Hospital. He was born on May 13, 1926 in Pueblo, Colorado, and proudly served in the US Marine Corps during World War II. He attended Colorado A&M, earning his BS degree in Zoology, and later obtained a Masters Degree in Natural Science from Eastern New Mexico University. He worked for several years doing fish research for the Colorado Game and Fish Department.


Jim married Jackie Fisher in 1952, and the couple moved to Grand County where they operated the Double A Bar Ranch, on the Colorado River just below the present Shadow Mountain Dam, first as a Boys Camp, and later as a rental cabin resort. Jim also taught school for many years, primarily at Middle Park High School, while engaging in a variety of construction projects during the summer months.


In his latter years, Jim was constantly looking for ways to help others. He organized a number of fund-raisers to support the Grand Respite / Kidney Center at the YMCA of the Rockies, and started a water aerobics program for seniors. In his final act of giving, he made an anatomical donation of his body to further scientific research.


He is survived by his wife, Jackie; children, Michael Boyd (Deborah) of Wheat Ridge and Terry Sidell (Fred) of Granby; and grandchildren, Alex and Jesse Sidell. He was preceded in death by a brother, Alex, who was shot down during World War II.


Private family services will be held at a future date. Contributions may be made in Jim's memory to the Heart of the Mountains Hospice, P.O. Box 140, Hot Sulphur Springs, CO 80451 or the Kremmling Memorial Hospital, P.O. Box 399, Kremmling, CO 80459.

To order memorial trees or send flowers to the family in memory of Jim Boyd, please visit our flower store.