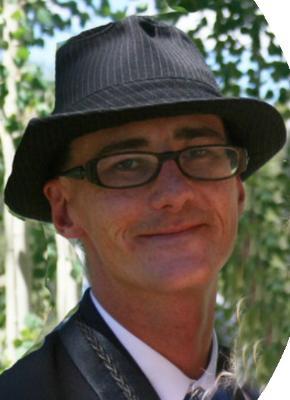 James Patrick Meadows was born on Oct. 31, 1983 and passed away on August 12, 2015. James was a long time Grand county resident. He enjoyed the outdoors, camping, fishing, 4 wheeling, snowboarding and shooting. He loved his family, playing video games and he was an avid Raiders fan for which he took a lot of grief for being one. He loved Nascar and being with friends and family. He was always there to help a friend or family member. He enjoyed music and had a passion for cooking along with being known for having a green thumb. He loved his dogs, the pits were his babies! James was proud to be Irish!


James married the love of his life, Evea Johnson on Sept. 18, 2011. He became a proud father to Aaron James Meadows on July 29, 2014 who was the light of his life. He was a loving husband, father, son, brother, uncle, nephew, cousin and friend. James is survived by his wife, Evea, son Aaron, his parents, Thomas and Patricia Meadows. His in-laws Dennis and Kathy Johnson, sister-in-law Alma Kerber. His sisters and brothers; Brenda (Kevin) O'Brien, Andy, Brian, Jenny (Craig) Olsen, Becky (Jorge) Varela, his nieces and nephews: Bethanie, Kiley, Dylan, Haley, Caelyn, Elena, JW and Lily. Also many Aunts, Uncles, cousins and so many friends. He will be missed and loved by so many.


A Memorial Service to celebrate his life will be held Wednesday, August 19, at 4PM at the Stillwater Community Chapel, 10300 US Hwy. 40, Grand Lake, CO. A reception will follow the service. The family ask that in lieu of flowers that donations may be made in his memory to the James Meadows Memorial fund at Grand Mountain Bank.

To order memorial trees or send flowers to the family in memory of James Patrick Meadows, please visit our flower store.