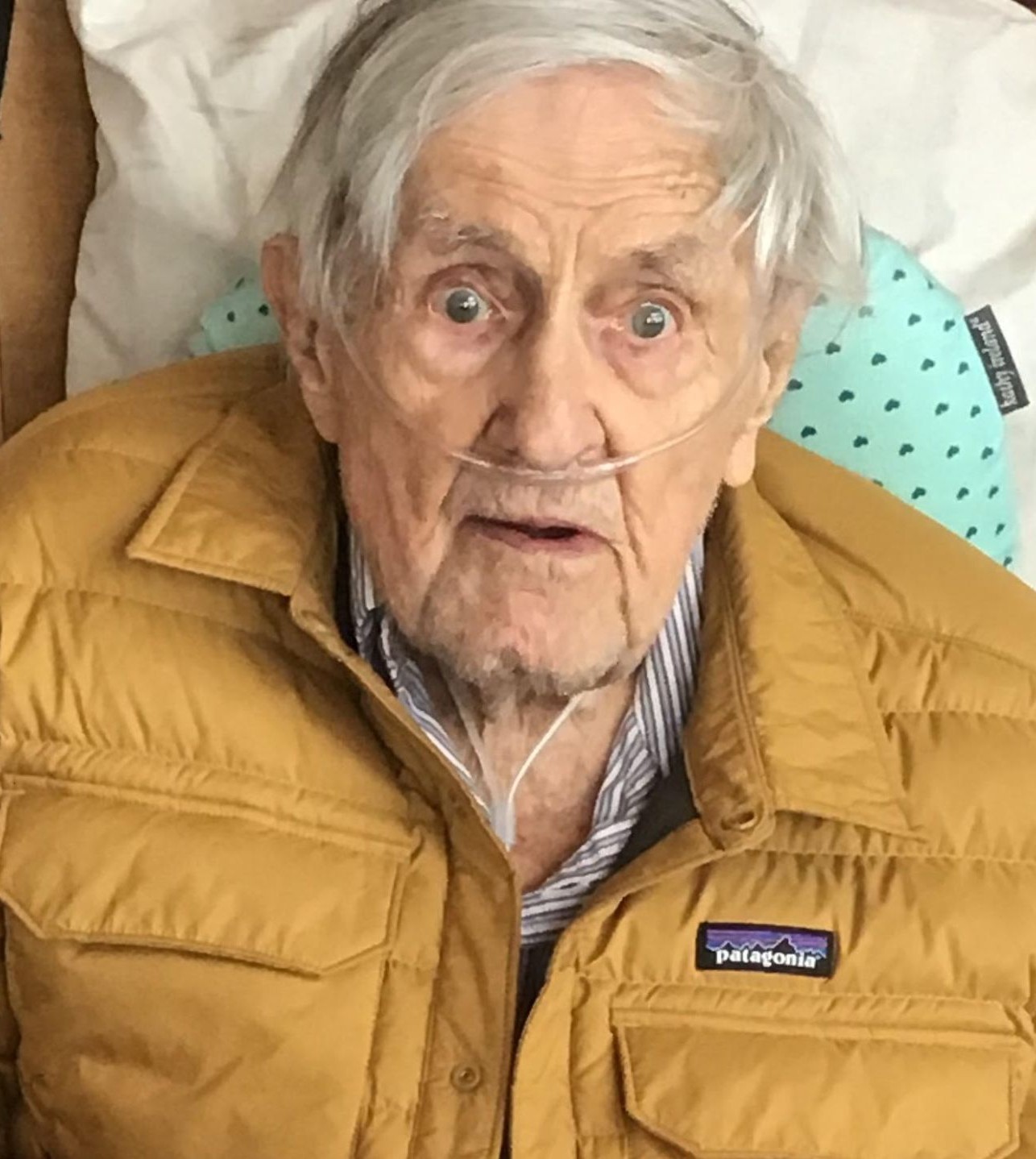 J.R. Rauenbuehler did not think anyone would remember or care about his military service, during which he was wounded in the European Theater in World War II, until he was a guest on an Honor Flight to Washington DC several years ago. After that trip, he was proud to wear his WWII hat with its Purple Heart pin when he rode with other veterans in local Memorial Day and Fourth of July parades.

J.R. was born (and known as Jim) in Burlington, Iowa, as one of six children. After the war, he married Marjorie Anne Carty and they eventually found their way to Colorado. They had four children, Teresa, Stephen, John Theodore, and Alicia. He later married Peggy Hawkins Ardeuser and happily became stepfather to Lyne and Alan. Shortly after their wedding, J.R. and Peggy found themselves in charge of four teenagers!
He had a long career as an air traffic controller at the Longmont Center. After he retired as a controller, J.R. and Peggy moved to Grand County where he enjoyed his second career driving the ski bus for Winter Park and being a maintenance man for various condo associations.
He is survived by his children Teresa, Lyne, Steve, Ted, and Alicia, many grandchildren, great-grandchildren, and two great-great-grandchildren. When he was told about his first great-great-granddaughter, his response was “Now I feel old!”
He is preceded in death by all his siblings, his two wives, and stepson Alan. There will be a Celebration of Life in August, details to be determined.

To order memorial trees or send flowers to the family in memory of James "J.R." Henry Rauenbuehler, please visit our flower store.