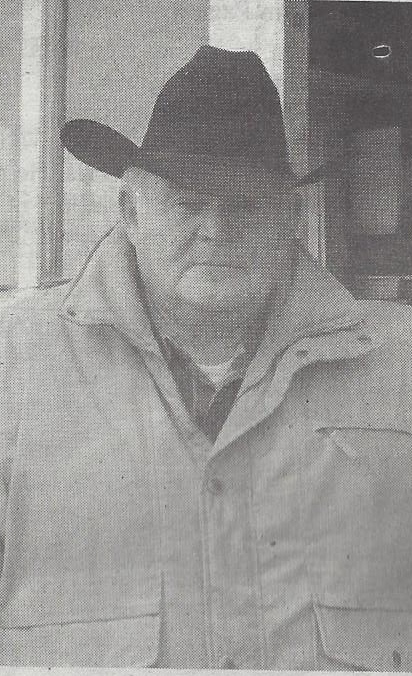 DAXTON, JAMES CARL (Jim)
Jim passed away of natural causes in his home on Sunday, January 22, 2017, age 83. Jim was a graduate of CSU, a veteran of the 10th IN DIV, a local ski instructor and Grand County Water Commissioner, CO DPT of Engineers (Retired). He was born on the 400 acre Daxton-Lyons
Homestead, founded by his Grand Father John C Daxton, he was raised a ranchers son by
William E and Olga N (Just), with his two brothers, Lawrence E (Swede),
David Brian (Dave) and sister, Wilma Darlene five miles west of Fraser. He was deeply proud of his family ties to the Middle Park Valley and their pioneer journey.
Jim was a Spartan, larger than life character; last of a long line of rugged individualists, fiercely dedicated to the ranching traditions that framed his family's lives.
He is survived by three Children, his daughter Kathleen Ann Bowen,
Son Thane Clayton Hill, daughter Valerie Lyn (Daxton)(Allen) Waitley
Step-daughter Cathleen (Harris) Mclean. 4 grandchildren and four nieces and nephews.
He will be laid to rest beside his beloved 3rd wife Judy (Hoy) in The Daxton Family Cemetery.
A Memorial Service will be held at his home at a date to be determined around the 3rd week of June 2017. For more information go to his web page at www.grandcountymortuary.com

Funeral services will be held at a date to be determined around the third week of June.

To order memorial trees or send flowers to the family in memory of James "Jim" Carl Daxton, please visit our flower store.