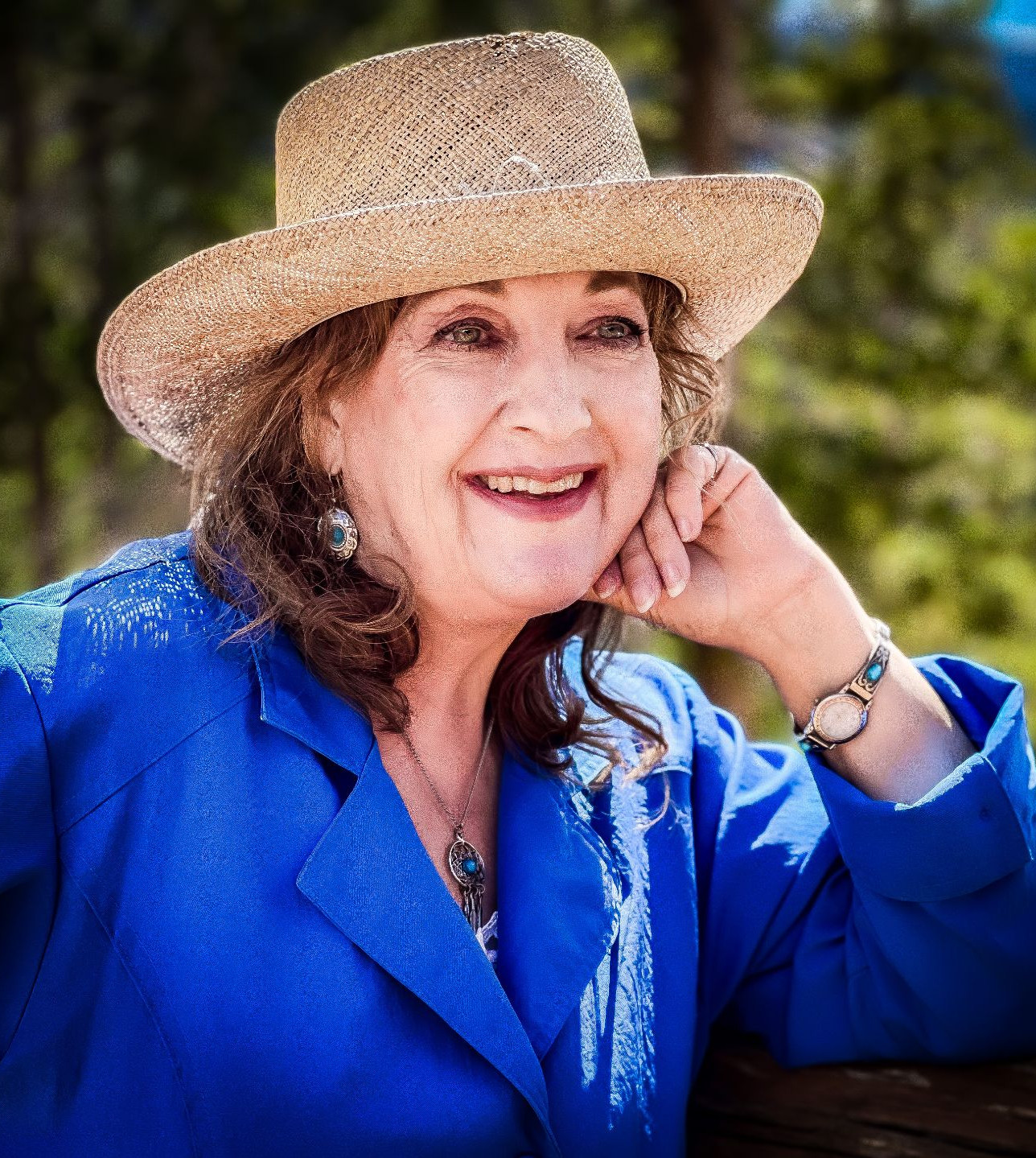 Holly Jean Sheppard was born January 26, 1955 in Glens Falls, New York to Rex and Virginia Sheppard. She was the first born of 4 children, and her sister Kim came soon after. A few years later her brother, Mark and sister Glyn arrived to make this family.

Holly started off in upstate New York. The family traveled a bit with her father’s work in aerospace engineering. Denver was next for 2 years, California for 6 years and a short time in Houston before settling in Boulder, Colorado at the age of 10 years old. Her maternal grandparents, Lee and Monetta Josselyn lived in Denver. Uncle Richard, his wife Aunt Jan and her cousins; Sheryl, Lee and David also lived in Denver so there were many happy family get-togethers in those years.

In Boulder she attended Aurora 7 elementary, Burbank Junior High and Fairview High school. In Holly’s school years she participated in choir, playing flute that her mother had played in her school years as well as joining a girl scout troop, participating in gymnastics and spending summers swimming at Scott Carpenter Park Pool near her home. Many summer weekends were spent at her great grandfather’s cabin site in Grand county and relating stories of her maternal family’s roots since arriving in Colorado in 1873. She and Kim would spend those days playing around the creek throwing sticks, building rock doll houses and floating boats from the bridge.

Holly was a candy striper at Boulder Community Hospital for 2 summers. She cared for people all her life and worked with the young as well as the elderly. In Boulder she had a good friend in Shawn Bohall Davis whom she would later reconnect with at a Grand County Historical Society event. It really is a small world.

She started out in retail at a trendy clothing store in the neighborhood above Colorado University and that may be where she developed her sense of style. You would rarely see Holly out in public without wearing a “put together” outfit, hair done and makeup on.

She had an adventurous job as the # 2 nanny to 3 boys of a wealthy Denver family in which she traveled with them to Hawaii, Beverly Hills, Aspen and other places. She was a live-in nanny alongside in-house security guards and other household staff. It may be here where she enjoyed having beautiful things around her as her home would attest to. She had a huge collection of angels, ruby red glassware, vintage jewelry, and other antiques.

Later she worked with kids at a couple daycare centers in Denver and then many years as a preschool teacher (grandfathered in) to 4-5 year olds at Building Blocks in Littleton Colorado. She kept many school photos of these kids and stayed in touch with many families until she moved to Kremmling in February 2014.

In Kremmling, kids were a focus again as she volunteered for Awanas, Kremmling library kids programs, Girl Scouts, and children’s church programs. She also volunteered 1 day a week at the Last Time Round Thrift store where she worked until about a month before she died. Holly loved working on projects at the Kremmling library and managed the monthly film presentation for a few years. Emily, Shelly and the rest of the library staff were her valued friends and always made her feel welcome.

Holly re-entered the healthcare field with a job at Kremmling Memorial Hospital and then onto Cliffview Assisted Living Center in 2015 where she worked with the wonderful, caring staff. Soon after, at age 60, she found she had the same cancer that had taken her mother’s life at age 60. She lifted her chin up, raised her arms in prayer and went through the surgery to remove the affected organs. Through her research; she chose the natural path of prayer, diet and nutriceuticals to fight off the potential spread. It went well for over 5 years when they found the metastasis.

After initial surgery Holly went to work at Ghostwood Interiors and loved working with beautiful things as well as working with her spiritual sisters in PJ Clark and Lorna Babcock. When the store closed Holly was dealing with mobility issues after a repair of a broken hip and arthritic knees. She was happy to work at Cliffview again providing love and care to the residents as activities director until Covid and twice having pneumonia caused her doctor to run more tests. They found the metastasis in her lungs which should have taken her then.

But we found Holly had so much more strength to fight the cancer through prayer and hope. After nearly 2 ½ years, the end came quicker than she expected. Kim wants people to know how valiant she fought with amazing dignity and grace to the very end.

At the end, Holly allowed her friends to help her downsize her possessions and then to sit with her the last few days of her life.

To name a few, and please forgive if a few names have been missed, she encourages you to come forth and share your friendship and stories in the open mic part of the service.

Sherrie Barnes was a god-send, spening the last week and a half to help her at home with mobility and provide companionship until the day she could not get up again from her bed, particularly in those last 2 days.

Isabel Lujan and Deb Hargadine, who took her on drives to enjoy the leaves this fall. Her friend and thrift store manager, Monika Cary, gave her rides to visit friends. Mary Jo Hargadine was a past boss and always a friend to Holly. Susan M, Carrie, Abi, and Meleesa did errands for her as well as bringing wonderful food to her home. Tracey, who helped her with the possessions in her sheds. Linda Sherman, who stepped in to coordinate people to hold vigil when it came to the last 2 days. Caring friendship was found in her Namaste Hospice nurses K.C. and Tina, whom she met with weekly for over a year, and then daily and then up to twice a day. Their excellent care went beyond kindness with providing emotional/physical support for Holly and Kim, going so far as to signing her up on their own Netflix account, just so she could enjoy her internet at the end.

She is survived by her Aunt Jan Josselyn, Sisters Kim Shepton and Glyn Masi, brother Mark Sheppard and sister in law Crystal Sheppard. Nephew Aaron Sheppard, Niece Anastasia V. Button. Cousins Sheryl Josselyn and her husband Mike, Lee Josselyn and his wife Eileen, David Josselyn and his wife Jenny as well as their children and grandchildren. Preceding her in death are her grandparents, father Rex, mother Virginia, and Uncle Richard Josselyn.

To order memorial trees or send flowers to the family in memory of Holly Jean Sheppard, please visit our flower store.