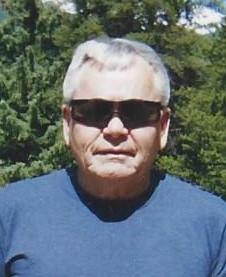 “Bo” Harold Glenn Jones passed away April 27, 2018 in Granby, Colorado.  His legacy of laughter, community, family and friendship will always be a part of us. His example of strength, courage, commitment, dedication, fitness and love will forever live in our hearts.
Bo was born on May 12th, 1930 in Broughton, Ks to Robert Jones and Jessie Mae Crouse.
He moved to Grand County in 1967 where he met his wife Donna. Bo took great pride in being a veteran having served in the Army during the Korean War. That same year he met his second family when he joined Mountain Parks Electric. He loved his job and his co-workers and although he retired in 1992 he remained a part of their family.
Bo’s friends were always an important part of his life, both in Granby and in Mesa. Regardless of the day, he would be walking or riding his bike waving and giving somebody a hard time.
Bo is survived by his wife Donna; his children Vickie, John, Brian and Christi; his grandchildren Cassidy, Tyler, Sierra, Sabrina, Samantha, Derek, and Dante; and his great-grandchildren Tom, Lauren, Cole, Jakob, Kalob, Journey, Anchor, Jonah, Aria and Athena; and his sister Dorothy.
A celebration of life will be held this Friday at Mountain Parks Electric at 5:30.  In lieu of flowers the family encourages donations to the American Legion Post 88.

To order memorial trees or send flowers to the family in memory of Harold Glenn Jones, please visit our flower store.