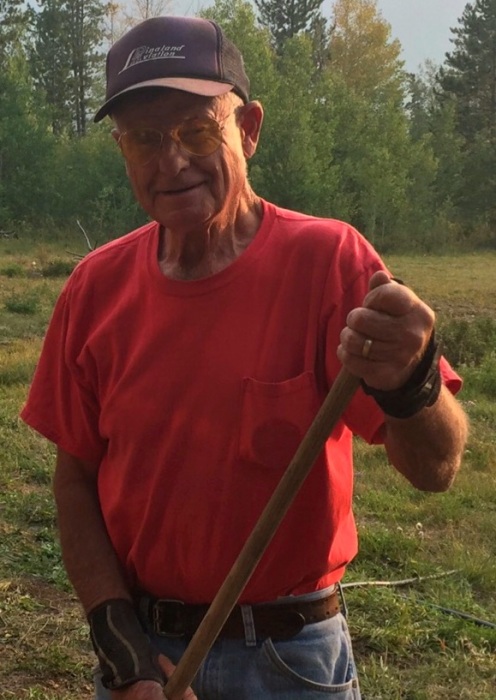 Glenn D. Tilghman, of Sidney, Nebraska passed away on Friday November 20, 2020. He died peacefully and unexpectedly at his home in Tabernash, Colorado where he lived with his son Glenn S. Tilghman.

Glenn was born on August 23, 1940 in Sidney, Nebraska to Elsie and Steven Tilghman. As a boy he lived on the family farm in Sidney, Nebraska. This is where he learned the importance of hard work and a love of tending the land that stayed with him throughout his entire life.  After school he studied to be a diesel mechanic and spent a couple of tours in Vietnam, developing a strong sense of the importance of freedom and patriotism. During this time he met the love of his life, Judy Sperry. In 1967 they were married and in 1970 they had their first son Glenn S. Tilghman while living in Sidney, Ne. Shortly after Glenn’s birth they moved to Winter Park, Colorado. In the spring of 1971 Glenn began his 45 year career with the YMCA of the Rockies, Snow Mountain Ranch and that same year they gave birth to their second son, William (Will) Tilghman. Glenn, Judy and Glennie worked and lived at the YMCA until they all retired and built their dream home in Tabernash, Colorado. During Glenn’s life he was an avid hunter, shooter, and sportsman. He also had a love for restoring antique cars and gardening. He would often be seen around town in his fully restored 1924 Model T. Glenn was blessed later in life by two beloved grandchildren, Heath 14 and Scarlett 12, children of Will and Athena Tilghman.  Glenn was a strong, proud, and good man. He was a pillar in his community and a friend to all.

He is loved and will be missed by many!

He is preceded in death by parents, Elsie Herbek, and Steven Tilghman and his Spouse, Judy Tilghman.

He was survived by his brother Kenneth Tilghman of Lodgepole, Nebraska and sister, Cindy and brother in-law Larry Chaon of Sidney, Nebraska; sons Glenn S. Tilghman & Will and daughter in-law Athena Tilghman of Winter Park, Colorado as well as their children Heath and Scarlett and a host of nieces, nephews and other beloved friends,  relatives, and extended family.

There will be an open viewing on Saturday November 28th at the Gehrig-Sitt Funeral Home in Sidney, Nebraska between 1pm and 4pm.

There will be an open graveside service held at the Czech Cemetery in Lodgepaole, Cheyenne County, Nebraska on Monday November 30th at 2pm.

To order memorial trees or send flowers to the family in memory of Glenn Dale Tilghman, please visit our flower store.