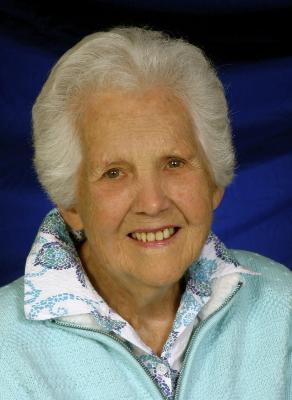 Gerry McMahon, mother of Dr. Jeri Moat and mother-in-law of Deacon Jim Moat, both of Grand Lake, passed away on November 6, 2013 at the age of 91. She was born in Philadelphia on July 18, 1922 to John and Mary Parkinson, the youngest of their four children. In 1944 she married Francis J. McMahon and was a military wife for 20 years, moving often. They had five children, Mickey (dec), Pat, Jeri, Dennis, and Mark. She was widowed in 1965 and lived in Avon, NJ for the following 21 years. In 1986 she moved to Round Rock, Texas to live with her daughter and her family and remained with them until her death. Grandma was a blessing to her family, neighbors, and church community at St. Anne Church in Grand Lake. She lived her faith through prayer, hospitality, generosity, kindness, patience, gentleness and perseverance.

To order memorial trees or send flowers to the family in memory of Gerry McMahon, please visit our flower store.