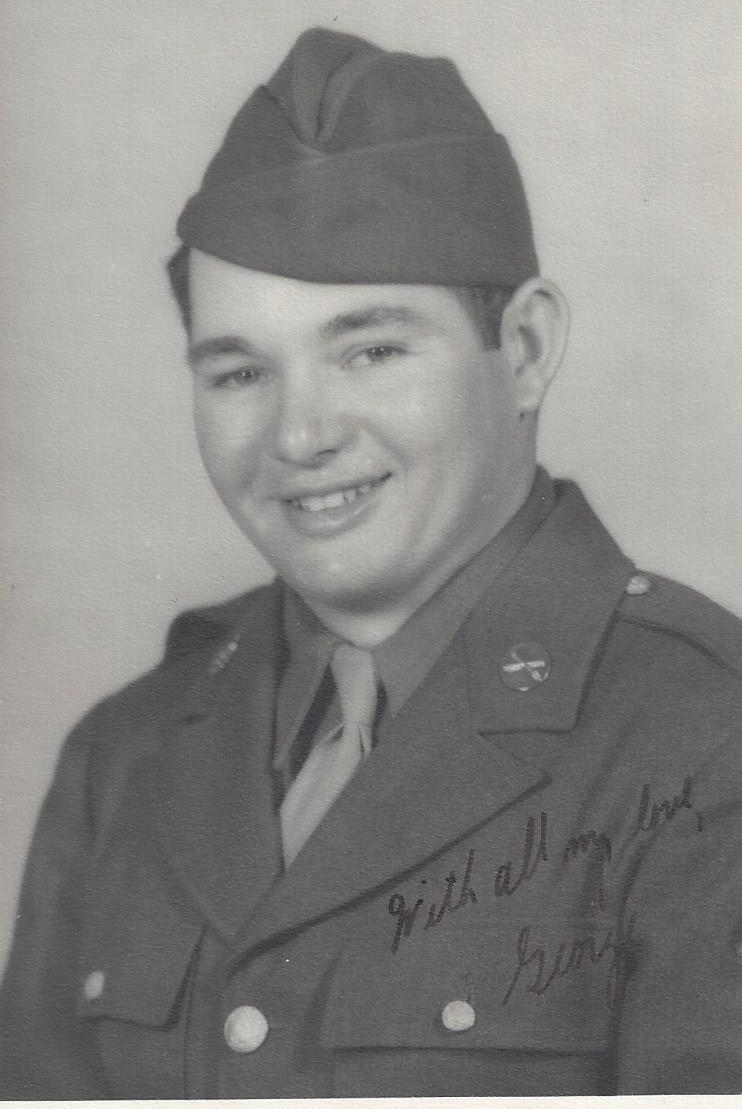 George passed away peacefully after a long battle with failing health. He will always be loved and remembered by his family. He is survived by his wife Barbara of 73 years; children and spouses Robert (Marj) Mitchell, Bruce (Anita) Mitchell and Lynn (Elmer) Martin; 7 grandchildren and 16 great grandchildren. He was preceded in death by his son, John.

George was born on August 27, 1922 in Parshall, Colorado to John and Edna Mitchell, one of 2 children. He grew up in Parshall, CO, attending school in Parshall and graduating from Kremmling Union High School in 1940 and attending one year at Parks Business College.

George married Barbara L. Wiggs on May 11, 1944 and the couple were blessed with four children.

George served in the United States Army during World War II in the European Theater, serving 33 months with the 13th Army Division. He returned to Parshall where he raised his family, working in the general mercantile store and then for the Grand County Road and Bridge Department.

George belonged to the VFW, the Grand County Pioneer Society, which chose him as Pioneer of the Year in 1997, the Grand County Historical Association and was the Director of the Hot Sulphur Springs/Parshall Fire Department. He enjoyed hunting, hiking and camping. George was an avid amateur paleontologist, geologist and historian of Grand County and Colorado history. He was a true Grand county pioneer. A Graveside Memorial will be held in the Kremmling Cemetery on Saturday, September 23, at 11AM.

To order memorial trees or send flowers to the family in memory of George Frank Mitchell, please visit our flower store.