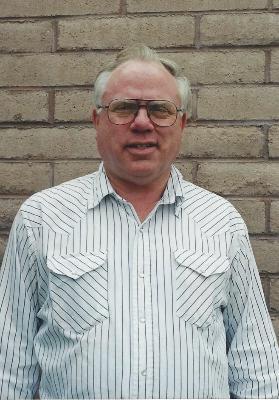 Gene Darrah, 74, passed away on Thursday, January 15 at 10:50 PM due to complications from ALS (Lou Gehrig's disease). Gene was born in Burwell, NE on August 19, 1940 to Lyle "Bud" Darrah and Ellen Meuret Darrah. They lived on the Sherman Ranch northeast of Burwell. In 1943, his parents leased the Raes Brothers ranch 12 miles south of Chambers, NE. In 1946 his parents bought a farm/ranch combination 9 miles east of Burwell. Gene attended the one room Midvale country school thru the 8th grade. In November 1953, they leased the ranch and cow herd to a neighbor. Gene and his parents then moved to Grand Island, NE. Gene initially attended St. Mary's High School and eventually graduated from Central Catholic High School in May 1957. In May 1958, they sold the ranch and cattle in Burwell. In May 1958 he moved with his parents to Grand Junction, CO where they bought a dairy farm and a herd of Holstein dairy cows.

He moved to Lakewood, CO in 1959 and joined the Colorado Air National guard. He underwent basic training at Lackland Air Force base, San Antonio, TX. In 1961, Gene moved to Granby, CO to join his father in the real estate business. In 1965, Gene and his father bought a ranch on the Canadian River north of Walden, CO and a summer ranch at Wiggins, CO. They ran commercial cattle registered quarter horses. In 1970 Gene met a young school teacher, Dollie Darrah from Worland, WY. Dollie refused to go out with him but on the fourth time asking, she agreed. They married December 21st at St. Peters Catholic Church in Kremmling, CO. Dollie returned to Worland, WY for the rest of the school year to fulfill her teaching contract. Gene served as a Granby City Councilman from '72-77. In 1993, Gene with a manager broker put a branch real estate office in Riverton, WY to sell farms and ranches. It was great success. Gene was broker in six states CO, NE, WY, SD, MT and KS. In February 2001, he was told he had ALS. In 2002, he was confined to a wheel chair and with Dollie's help continued listing and selling ranches and farms. By 2005, he lost his ability to speak which ended his forty four years in the real estate business. Gene and Dollie renewed their wedding vows on their 40th wedding anniversary on December 21st, 2010 at Our Lady of the Snow Catholic Church in Granby, CO. After mass, a reception followed with a large group of friends and family. Gene is survived his loving wife Dollie of Granby, daughter Kathy Anderson (Steve) of Granby, three sons, Richard (Donna) Keller, TX. Lyle (Rachel) of Mead, CO. Allen (Helena) of Kyle, TX and Nine grandchildren, Cpl Kyle Anderson - USMC, Ashley Darrah - Mead, CO, Justin, Jonathon, and Lilian Darrah - Kyle, TX, Michael and Gabriel Sohn - Kyle, TX. He was proceeded in death by his parents; his in-laws George and Mary Durham and George Palmer Durham Jr. In lieu of flowers to help offset medical expenses, the family humbly requests donations be made to: Lyle T. Darrah, care of Grand Mountain Bank, POB 964, Granby, CO 80446. Gene's funeral Mass will be held on Saturday, January 24th at 11 am at Our Lady of the Snow Catholic Church in Granby, CO. Burial will be in the Granby Cemetery.

To order memorial trees or send flowers to the family in memory of Gene Thomas Darrah, please visit our flower store.