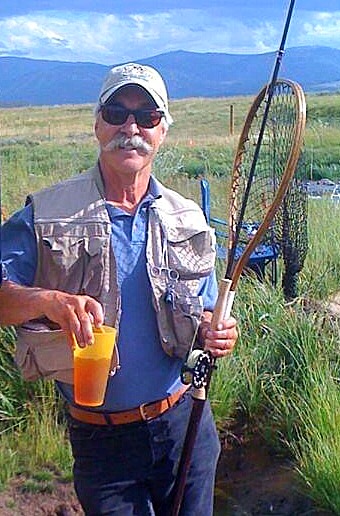 Eric Pietz blazed across the west chasing his dreams. He lived at least nine lives, dodging mayhem in his quest for the next challenge. His irreverent humor and tendency to exaggerate were legendary. He was the party and the fun. His enviable energy propelled him through a lifetime of adventure and a valiant three-year battle with pancreatic cancer. He passed away at home on September 19, 2020 with his family and beloved dog Greta at his side.

Eric was born June 17, 1948 in Long Beach, California to Lt. Col. Reuel Henry Pietz and Mary A. J. (Dierks) Pietz. He spent his early years moving between Marine Air Bases on the east and west coasts with his parents and sister Pam. In 1965 the family settled in Minnesota and Eric graduated from Gustavus Adolphus College in St. Peter, MN with a degree in geography and geology before heading to the Rocky Mountains. He started in Montana as a ski camp photographer and in 1970 he migrated to Tabernash, CO where he bought the tiny post office and general store and painted the iconic Tabernash sign in Rolling Stone font. He was a veteran ski patroller and fishing guide, always eager to analyze your turn or suggest a fly. He was a founder of Team Funhog and his super-sized personality lured skiers to Winter Park as he promoted the mountain at ski shows across the U.S. and abroad. That prepared him for the trade show circuit where he peddled diamond-bladed Warthog knife sharpeners to hunters and fisherman who shared his love of the outdoors. His recent years were spent stalking trout, designing river restorations to create trout habitat, and swapping lies with fishing clients from Utah’s Flaming Gorge to the Three Forks Ranch on the Wyoming border. He was a colorful and unforgettable guide. Everyone wanted to go with Eric.

He is survived by his wife of 32 years, Kathy, their dog Greta, and his sister Pam Pietz of St. Cloud, MN.

The family thanks hospice for their compassionate support.

Please consider Trout Unlimited if you wish to contribute in Eric’s name. His life will be celebrated when the virus is contained. Summer 2021, we hope. Tip one to him now at a virtual campfire. He’ll be the brightest star in the sky.

To order memorial trees or send flowers to the family in memory of Eric Henry Pietz, please visit our flower store.