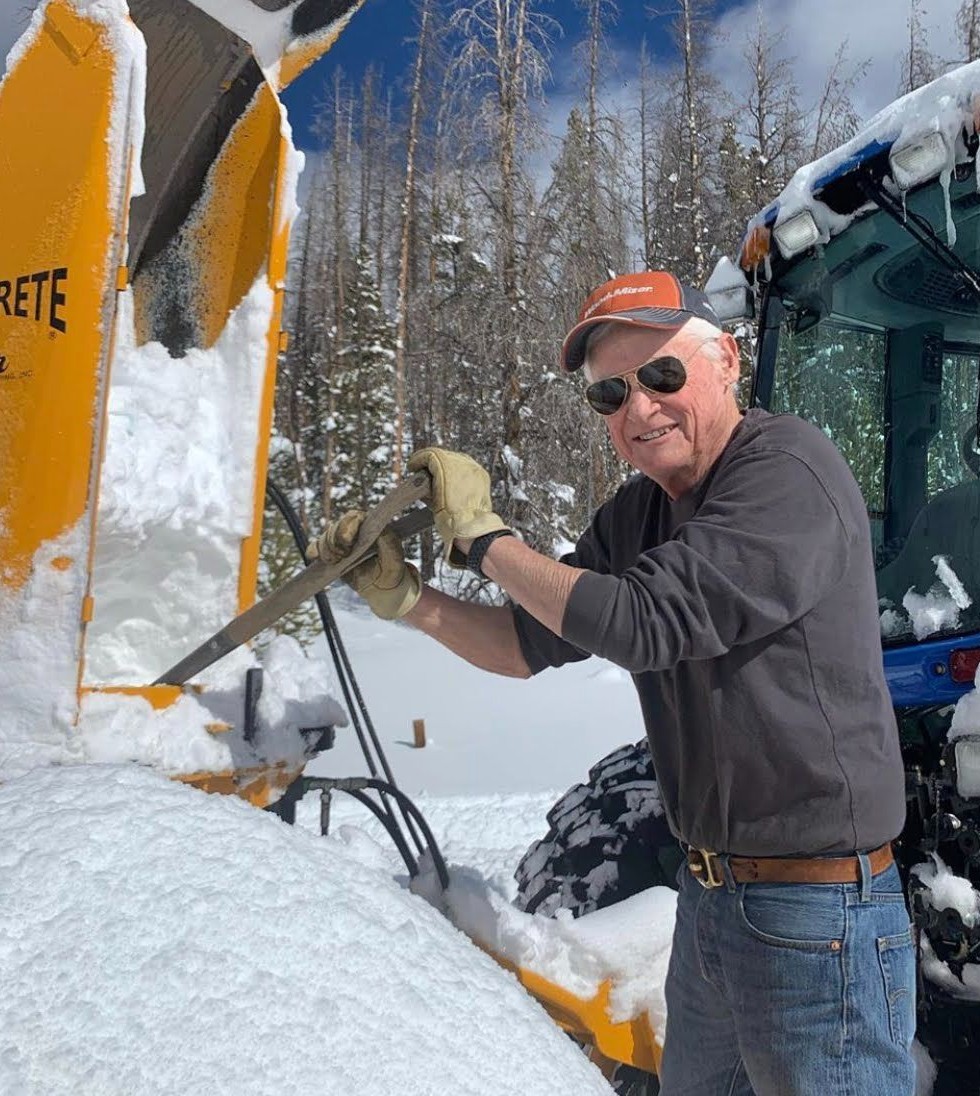 We like to imagine the East Troublesome Fire spared Vagabond Ranch so Eno could die at home, and he did. Full Circle - https://photos.app.goo.gl/FemDhh621fkvSeyG6

Everyone has a story and an end. The most important thing is the in-between. Eno’s attitude about life was to grab it and shake it, to tell the truth, and to avoid bouncing off walls since he bounced off a few. His father, a WWII B-17 pilot, died 77 years ago on the 9th to Eno’s passing on the 5th. Missing his father all his life, he still possessed an abundance of positive thinking and exuberance. To him nothing was impossible.

Born in Kingston, New York, on 22 May 1944, Eno, and his mom, Georgette Kenyon Compton, later Mrs. Raynal Cawthorne Bolling, tried to figure out life as a single mother with an irrepressible son. Two years spent in Aspen were the happiest of his childhood. Starting boarding school at Rumsey Hall School in Washington, Connecticut, a tough transition at age nine, Eno discovered his teacher Charlie Pavek took kids out West to spend summers at Vagabond Ranch. Eno had heard all about his father’s dream to buy a ranch out West so for three impactful summers, 1955, 1956, 1957, Eno fished Willow Creek, bunked in cabins named Bunkhouse, Cascade, and Wranglers, and helped build the house he eventually died in, Ranch House, stacking rocks for a foundation and adding tongue-and-groove paneling beneath the stairs. It was 65 years later that Eno and his wife Donna were able to buy Vagabond Ranch. www.vagabondranch.info
https://issuu.com/jessalewis/docs/rarebitsfw15/36

Eno’s hobbies in life were woodworking, flying, reading, fly fishing, and Sam the Cooking Guy videos. Fate Is The Hunter and Pride and Prejudice were books he read from each night for the past half-century. His longest and most meaningful volunteer service was with the Volunteer Fire Department of Big Elk which dealt with a fire and then a mighty flood that destroyed infrastructure and five dams, but strengthened community and served as a springboard for off-grid living at Vagabond. He spent time volunteering for the Boulder Police Department on a cold case, meeting noble people who quietly persevere for victims and justice.

His career was computer software, understanding the deep down language of computers, assembly language, https://en.wikipedia.org/wiki/Assembly_language, and data communications, completing a BA in Mathematics from Florida Institute of Technology. It did take flunking out several times to get the diploma for the bathroom wall. He trained as a pilot, was hired by United Airlines, and reported to work the very day the airlines went on strike, so he returned to college, stumbling into computers when FIT had a computer no one knew how to work. Eno made it dance.

Eno worked at Honeywell in Atlanta, Comptype in Birmingham, Miltope in Boulder, and other computer/software businesses, but the highlight of his career was working as a subcontractor for Aeronautical Radio in Annapolis, Maryland, where he was tasked to build a proof of concept idea, a data communications processor, originally to track flight crew hours, OOOI, out of the gate, off the ground, on the ground, and into the gate. Eno’s 120,000 lines of code became the central site computer known as AFEPS, part of ACARS, a datalink system for transmitting messages from aircraft to ground stations. https://en.wikipedia.org/wiki/ACARS He was passionate about elegance in programming and impatient with sloppy. He jokingly referred to himself as a proper programmer.

Eno spent his last six days at home, fulfilling his wish to die at Vagabond, with his wife, his two children, cat Ernie by his side, along with his daughter’s Cavapoo, all crowding the bed. He spoke of those who made our off-grid life here possible, the genuineness and skill of tradesmen and vendors, and the personalities of former Vagabond ranchers to cheer us on. In the friendship sphere, Eno had Lonesome Dove-type friends who valued his honesty - you always knew where you stood with Eno.

In the last few days, he would say, “The important thing is…” and fall asleep mid-sentence. The important thing is people, his children, whom he was deeply proud of, in-laws, and friends, and all the random connections made. Life is peculiarly good when you see the end coming. Eno was grateful every day during the last 19 months and wanted to live. There was so much he wanted to do, but in the end, he said, “Be brave. No tears.” Close family friend, Dr. Mikyong Hand was also by his bedside at the end and called his passing at 7:02 am.

Basically, Eno met the love of his life after bouncing off a few walls in life, had two magnificent children, with three amazing grandchildren, and lived happily ever after in a healing place called Vagabond. Gratitude and humor were hallmarks of his 19-months with kidney cancer. He is survived by Donna, his wife of 45 years, his children, Eno IV (Dalenna Thanh) of Westminster, Laura (Ross Treleven) of Tacoma, Washington, granddaughter Sloan Treleven, and grandsons, Eno and Eilan Compton - and Ernie.

We are grateful for extraordinary care and kindnesses from Coroner Brenda Bock and Dr. Mark Paulsen who guided us through Hospice in the Wild at Vagabond, Jordan at the Grand County Mortuary, Forest Ranger Lauren, ER medical staff, and EMS staff who showed compassion and made his ending easier.

To order memorial trees or send flowers to the family in memory of Eno Compton III, please visit our flower store.