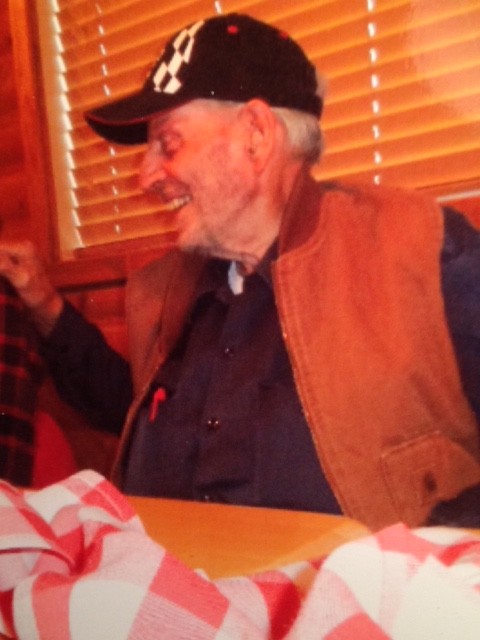 Ed Hill a lifetime resident of Grand County passed peacefully on November 1, 2018 in Kremmling Hospital. He was 93. He came to the Granby area with his parents Harold and Bertha Hill around 1925. He was born December 18,1924 in Kirk Colorado. Ed is survived by three children: Katherine Gardner of Granby, Karen Pojar of Kremmling and Harold (Butch) Hill of Mountain City Texas. He has 6 grandchildren, and 15 great grandchildren. He is also survived by 3 brothers and 1 sister: Clint Hill of Granby, Virgil Hill of Lakewood, Richard Hill of Granby, and Hilda Hale of Granby. He is predeceased by his wife Thelma L. Hill on March 8,2006 she was 81 and Infant daughter Nancy M. Hill born March 22,1946 passed January 1947.
Ed was a member in the No.9 International Operators Union for 74yrs. He worked on the Big Thompson Tunnel, operated one of the cranes on the pumping plant, operated various kinds of heavy equipment in Denver, the AMAX tunnel and poured the last bucket of cement on the Eisenhower Tunnel. He also had a logging business when not working for the union. After retiring from the union he had a construction and excavation business that worked mostly in the middle park area. His whole life was dedicated to work. He was an honest, giving and caring man that loved to tease a bit just to see people's reactions. He always left you with a smile and always said"If you need help call me". He will be missed

To order memorial trees or send flowers to the family in memory of Edwin Eli Hill, please visit our flower store.