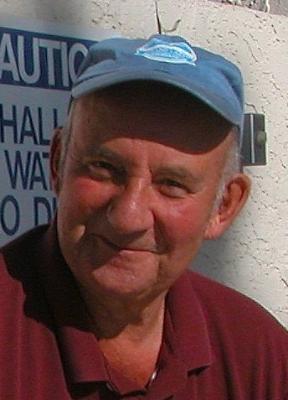 In the loving company of his wife Sharon, his daughters, Kathryn Dreasen and Carmen Pearson, and his sons-in-law, Rich Dreasen and Andrew Pearson, Mr. Etienne (Ed) Farrand Messinger Jr., resident of Parshall, Colorado died on the 16 March 2013 in Scottsdale, Arizona. A particularly virulent strain of Acute Myeloid Leukemia overcame his strength and health, causing his death within a month of the diagnosis despite his own gallant efforts to fight the disease, coupled with the best efforts of numerous health care practitioners and prayers of many family members and friends.


For over a decade, Mr. Messinger had wintered in Arizona, but his heart and life were in the mountains of Colorado and had been for nearly 4 decades. Upon his diagnosis, his only wish had been to return and die in his beloved valley in Parshall. Unfortunately, that was not to be possible. However, he will be buried beside his first wife, Kathryn Gaetjens Messinger and his son, Miles Messinger in the Grand Lake cemetery on 8 June 2013 following a service at The Trinity Church in the Pines scheduled for 10:30 am on that same day. All friends and neighbours are welcome.


Mr. Messinger was born to Carmen Barragan Messinger and Etienne Farrand Messinger Sr. at Whitfield Farm in Accord, New York on All Saints Day (1 November) 1936. Growing up as an only and often solitary child in the hills and farmland of Upstate New York, he developed a deep appreciation and understanding of the natural world. His early years were very private and intimate, with his parents, a few doting aunts and friends, books and pets; this early start would set a lifetime pattern. Helping his parents during those Depression years run both the farm and a civil engineering practice, a precocity in both his critical and analytical skills and work ethic blossomed.


Graduating from the local high school in Kerhonkson at age 16, he went on to a year at the Citadel in North Carolina, followed by a university degree in Civil Engineering from the University of Maine in Orono. While in the university and at 19, he married his childhood sweetheart, Kathryn Gaetjens in 1956. She had just completed her Nurses' Training at New York University's Bellevue Hospital and supported him through the completion of his education. He returned and surveyed at Messinger and Son Land Surveying for many years, eventually establishing his own practice and becoming a fellow in the American Society of Civil Engineers. As a young man, surveying out in the woods, his interest in Colorado piqued as he heard accounts of his father's mining days as a young man exploring the Rockies. During those ensuing years, he and his wife, Kay, maintained a small farm, while redeveloping numerous others; raised 3 children, Kathryn, Carmen and Miles; and, when not working, travelled and hiked throughout most of the major mountains on the East coast, explored many of the country's National Parks, the West and his mother's homeland in Mexico.


In the 1970s, Mr. Messinger was able to begin to live, albeit part-time, in Colorado, purchasing Pine Rest Cabins, a seasonal resort, on the North Fork of the Colorado River a few miles from Grand Lake. In the years that followed, the family also enjoyed a winter home in San Carlos, Mexico and spent a few years near the Four Corners Region of Colorado before discovering their final home, Rimrock Canyon Ranch, in Parshall. From this property, Mr. Messinger pursued his passions for gardening, woodcutting, farming, snowmobiling and ATVing up on Elk Mountain. For two decades, he and his wife also managed Lemmon Lodgemaking many close friends with the summer staff, guests, homeowners and other businesspeople. They saw their two daughters married at the Trinity Church in the Pines and enjoyed visits with their friends and grandchildren, Richie Dreasen, and Doug and Lizzie Pearsonparticularly at Christmas.


These happy years for Mr. Messinger were marred by the tragic death of his son, Miles, in 1996 and his wife, Kay, in 2001. Remarrying in 2003, he and Sharon Tracy Messinger found comfort and laughter in each other's company and continued assisting in the management of Lemmon Lodge until 2009. They also enjoyed both travel and time at home at home with Stellathe last in a long line of beloved family Basset Houndswhile watching moose, hummingbirds and the occasional cougar and bear wandering down the valley.


Etienne Farrand Messinger Jr.'s bright spirit now abides with the creatures, mountains and woods of the Colorado he so loved.

Again, all friends and neighbours are invited to attend the services held for Mr. Messinger on Saturday 8 June 2013 at 10:30 am at the Trinity Church in the Pines in Grand Lake. A reception will follow the burial at the Grand Lake Lodge.

To order memorial trees or send flowers to the family in memory of Ed Messinger, please visit our flower store.