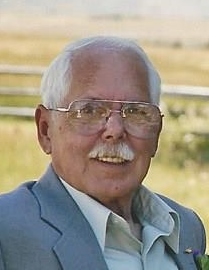 Douglas Glenn Young, 72, passed peacefully on March 14, 2016 with his wife Sharon by his side, in their home in Kremmling, Colorado. Doug was born September 20, 1943 in Anchorage, Alaska to Robert and Virginia (Berry) Young. As an infant Doug lived in Seattle, Missouri and Southern California while his father was in the Navy during World War II. The family returned to Fairbanks in 1946 where his dad worked for Pan Am, and then moved to Auburn, Washington in 1952. During high school Doug worked in his parent's hobby shop. He was a proficient model maker and earned many trophies for his airplane models.
Doug graduated from Auburn High School in 1961 and attended Olympic Junior College in Bremerton. He enrolled in a naval aviation program, had his flight training at Pensacola and received his wings in Corpus Christi in 1965. Doug flew numerous aircraft, including the C-130, to Vietnam and a variety of destinations in the Pacific, as a navigator and navigation instructor. In 1968-69 he was a bombardier/navigator on the A-3 Skywarrior based on the aircraft carrier USS Hancock in the Gulf of Tonkin. His second cruise was on the USS Kitty Hawk in 1973-74 to the Indian Ocean where he was a B/N on the EA-6B Prowler. Doug was instrumental in establishing and building VAQ-136, one of the early electronic counter-measure squadrons at NAS Whidbey Island; he designed the squadron logo and was a "plank owner" of VAQ-136. He left the Navy in 1975 as a full lieutenant.
That same year Doug and his first wife, Donna, and their children Debbie and Derek, moved from Whidbey to Fairbanks. Back in Alaska Doug worked as a flight instructor at Phillips Field for 3 years as he worked to complete his civilian airplane ratings, including commercial pilot and airline transport pilot. He flew for several different companies before going to work for Frontier Flying Service, flying a variety of single and twin engine aircraft transporting passengers and freight to bush villages in Alaska's interior. Doug eventually became Chief Pilot for Frontier. During those years he flew in an air race from Fairbanks to McGrath in the company owned Douglas DC-3. The "race" commemorated Eielson's first air mail flight in 1924. In 1986 he flew the DC-3 to Vancouver, BC and participated in a flyover of the Expo '86 fairgrounds by more than 30 vintage DC-3s, celebrating the aircraft's 50 years. That sturdy old workhorse of an airplane was his "favorite lady".
In 1987 Doug married Sharon Taussig at the Taussig Ranch in Kremmling, CO. The two had met in 1981 while Sharon was working for the FAA at Bettles, AK. In 1989 Doug and Sharon relocated, with daughter Bethany, back to Kremmling. Doug worked at odd jobs on the Taussig Ranch, Grand River Ranch and at Middle Park Meat Co. for several years. He flew a PB4Y-2 fire retardant tanker the summer of 1989 out of Grand Junction, CO, and went back to Fairbanks for 3 summers (1993-95) to fly freight again in Frontier's DC-3. From 1996 to 2006, Doug co-owned and managed Alpine Wings, the FBO at the Kremmling Airport, offering flight instruction in a Cessna 172, as well as aircraft fueling and maintenance.
Doug became the happy owner of an experimental airplane, a Van's RV-4 in 2001. Until late 2011 he loved flying his sporty RV-4, polishing his aerobatic skills and joining other RV owners in the area to practice formation flying. The group of four flew over community parades for several years in Kremmling and Granby, thrilling spectators. He joined the local chapter of the Experimental Aircraft Association and participated in the Young Eagle's program, introducing young people to the joy of flight. After his flying days were over, he returned to his old hobby of building aircraft models. Woodworking was another hobby that he enjoyed throughout his life and in which he became quite skilled. Doug had a keen mind, a dry sense of humor and a sharp wit, all of which he retained until the end of his life.
Doug was preceded in death by his parents Robert and Virginia Young and many aunts and uncles. He is survived by his wife Sharon, children Debbie (Gary) Currence, Derek (Denise)Young, Bethany (Tom) Heeney; seven granddaughters - Tabitha, Courtney, Taylor, Madison, Shyanne, Devan, and Natalie; and two great-grandsons - Percy and Tiberius.
Cremation has taken place and a private family memorial will be held at a later date. The family suggests donations in Doug's name to: NW CO VNA (Northwest Colorado Visiting Nurse Association Hospice Care), 940 Central Park Drive, Suite 101, Steamboat Springs, CO 80487, noting "in memory of Doug Young".

To order memorial trees or send flowers to the family in memory of Douglas Glenn Young, please visit our flower store.