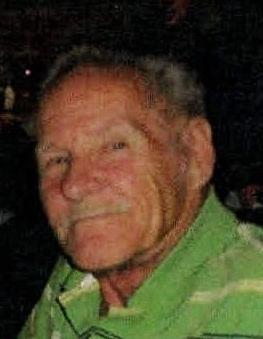 Doug McGinn passed away suddenly at his home in Granby on Thursday, December 15, 2011. Doug was born in Denver, Colorado on April 29, 1943. He came to Grand County in 1977 where he started working at Certified Ready Mix for Gus Harris and stayed on through a change of name and ownership when Cody Docheff bought it and it became Middle Park Concrete. He married his wife, Penny Dibble in February of 1987. He then went to work for Steve Bromberg at SSB Maintenance & Distributing. He was very good at what he did and in the year 2000, Doug and his wife Penny became the owners of SSB Maintenance and Distributing and over time became PADS Carpet Cleaning. From the years 2000 to 2002 the community had a great opportunity to get to know Doug when he owned JOM Bar and Restaurant at the El Monte. It was well known that JOM was the place to go after work not only because of Doug's friendly bright smile but also because he refused to raise the price of beer! If you were lucky enough that your drink order finished off the bottle, Doug insisted that the "last shot was free!" When he wasn't working you would find Doug playing pool or horseshoes. The local's knew that if you played for money with Doug, that you'd most likely be going home with empty pockets! He retired in 2008. Doug became a member of Idaho Springs Elks Lodge and enjoyed his membership so much that when he part-timed in New Mexico, he joined the Carlsbad Elks Lodge.


A celebration of Doug's life will take place at Lord of the Valley Church in Granby, CO at 1:00 Thursday, December 22, 2011. Reception immediately following.


Thank you for coming to help celebrate Doug's life.


Doug was born in Denver, but his family moved to KY when he was young. His long working life started when he became a paperboy there. When they moved back to Denver, he worked at the Denver Post where his brother worked and retired from. At 16 he went into the Marines and his duty was security for missile silos and aircraft on carriers. After being discharged from the Marines, he moved to WI, where he started a family, working in factories and painting silos. When he and his family came back to CO he worked at the Henderson mine in Empire. Then in 1977, he moved to Granby and started driving concrete trucks. He said he kind of enjoyed driving those concrete trucks - though I'm quite sure what he really liked, was the happy hours with the rest of the crew after the jobs were done. He then delivered paper products like paper towels, toilet paper, paper cups, ran a restaurant & bar and did carpet cleaning, retiring in 2008.


I met Doug 27 years ago and we instantly disliked each other. It wasn't until his good friend Larry Spears opened the Frontier Lounge and started the horseshoe tournaments and grilling of the steaks that we started talking and found out we had quite a bit in common. Horseshoes was one of his favorite things to do. Always looked forward to the tournaments with the PI in Parshall, Wagon in Kremmling, Sunset Lounge in Aurora, Silver Spur and of course the El Monte in Granby. He even won some of those games, with a little help from his partners. And he enjoyed those games we played at the Hunter residence too, even when he had a hangover the next day.


After his accident where he bruised his brainstem and I helped take care of him, we realized that we wanted to have a life together, so we moved in together in February, 1987. We spent the next couple of years cleaning up around the outside of the house. It was nasty. We constructed a few flower gardens, and in the beginning I'd say hey honey come look at this flower. He'd come over and say very nice dear, cause that's what you do during the 1st couple of years. Then after a few more years went by, he was out digging along the front walkway so I could plant some real flowers that lasted all summer - not like those yellow things that don't last very long and then just have green leaves. Those yellow things being daffodils. He also got into trying to have a most perfect lawn. He roped another good friend Fred Holdgate (aka the sod god because he worked at a golf course) into helping him with advice, seed or fertilizer. Then he'd cuss Fred cause the fertilizer worked too well and he'd have to constantly mow.


When the gulf war broke out, all cruise ships were taken out of that area. The cruise companies discounted a lot of trips so we were able to go on a Caribbean cruise. It took years for him to quit talking about the food on board. I think he gained 10 pounds in that one week.


We liked taking road trips. One of the first was to meet each other's family. That meant going about 4,200 miles to WI, Detroit, Springfield, MA and back in 10 days in a Toyota short bed pick up with a camper shell on the back. We figured since we hadn't killed each other during that trip, we were probably going to make it.


He'd talk about his "older daughter" Robin, relating some of her "antics" when she was younger and just chuckle. He always enjoyed their phone calls. There were stories about Carlana, the youngest daughter. And as far as his son was concerned, he was extremely proud of him and his service in the Marines from which he recently retired; although he'd shake his head and say that boy is nuts to have gone into the Marines - even if it is the best branch! He also would talk about his son's birth. It had a profound effect on him. He'd get this look on his face and then look at his hand as he talked about how Dougie when born fit in his hand, and he just couldn't believe how small and fragile he was. Dough knew he didn't make any friends when he kept after the hospital staff to take care of his son and Mary. He was just sure they weren't doing everything they could for them.


Whenever Doug would see a 1956 or 1957 Bellaire, he would talk about the red and white one he had bought during the time he was in the service. He really loved that car. If he had ever won the lottery that would have been one of the first things he bought.


Then there was the pontoon boat. We named it the SS Rugsucker and Susie Spears mad a flag which we would put on the back whenever we'd go out and which I think it's still with our stuff. We'd head out, Doug in his captains cap me in my captiness cap, with beer and wine cooler in place. We didn't fish because then we would have had to constantly stop and put all those fish we caught back in the lake. And the beer and wine would have gotten warm. But as we putt-putted around the lake, we got to check out the osprey and heron nests and watch their chick's progress, spy a bald eagle once in a while and watch the other fishermen "catch the big one.


Doug got to be a carpenter extraordinaire when we put the addition onto the house with lots of help from friends. He got to hone his skills in framing, dry walling, painting, and his most favorite of all - plumbing. It took two years, but out turned out to be really nice.


He was so proud when Fred sponsored him for the Elks Lodge in Idaho Springs. When we started going to Carlsbad, NM about 10 years ago, Fred introduced him to the member of the Carlsbad Lodge. He really enjoyed his time there and the friends he made. He liked to help out with special functions and always looked forward to 3pm 'cause that's when they opened and he could join the boys at the bar for those major discussions.


This past October, when he moved down to Carlsbad for the winter, he decided to get a dog from the animal shelter there. He took the dog home to see if it'd work out. The dog didn't bark much, liked to be petted, and was a couch potato. He'd sit right next to Doug on the couch very contented for hours. So it was a perfect match and Tippy had found a home. And how did he get that name? Well, Doug said whenever Tippy would try to get on the couch or jump on his lap, he'd tip over. So Tippy it was.


I want to again thank everyone for coming to celebrate Doug's life. He knew how much this church had come to mean to me, so I don't think he'll mind having it here, though I'm sure he would have been more comfortable having it at a tavern somewhere.

To order memorial trees or send flowers to the family in memory of Douglas McGinn, please visit our flower store.