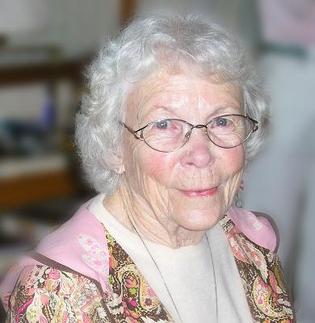 
surrounded by the love of friends, colleagues, and family. She was born Dorothy Mae Henry in Denver to Rose E. Haffner and Ray G. Henry on April 10, 1918. Her love of the mountains was fostered during her childhood summers spent at the homestead cabin outside Granby that her father had purchased in 1935. After graduating from Lakewood High School, she attended Denver University during which time she was on the swim team, played basketball, and regularly skied down Berthoud Pass. While at DU she met and married Carl Borgeson. They had 3 children to whom they passed on their love and appreciation for all that these mountains offered. When Carl died in 1961 she returned to college to get her degree and then went to work at Denver General Hospital as a Medical Technologist. She later married her dear friend Robert DeLaney. They moved to Granby in 1974 and built a house near the old homestead cabin. Dorothy continued her career at Kremmling Memorial Hospital from which she reluctantly retired for the last time at age 80. She loved to travel, whether by car, train, boat or plane, and was constantly on the prowl for the next good book. She was one of the founding members of the "Timberline Tramps" headed by Paul Gilbert. What started as flower walks ended up as weekly hikes to the high country. She loved seeing Grand County and beyond from the top of the Continental Divide. She continued hiking into her eighties. Until the very end she could be seen out walking the dogs, shoveling her deck, and bringing in wood for her cook stove. Her positive approach to life, her humor, her loyalty and her strong values made her popular with young and old alike. She will be long remembered and deeply missed by those she left behind, namely her dear friends and her beloved family: sister-Rae Irene Enders, daughters-Carlene Decker (Ted) and Linda Borgeson, sons-Gary Borgeson (Judy) and Tighe DeLaney (Sandie), nephews-Greg and Mike Enders, grandchildren-Lisa Decker (Joe),Chris Decker, Jaime Borgeson Beatty (Matt), Nick Borgeson, Robert DeLaney (Lorri), Cyndi DeLaney, Shelley Stuerke (John), Kelley Kurtzman (Jeff), and many great grandchildren.


After a short but valiant and hard fought battle, she succumbed to complications from congestive heart failure. Her premature death at age 93 was considered by her (in her own words) "such a bummer". All who knew her concur.

To order memorial trees or send flowers to the family in memory of Dorothy Borgeson, please visit our flower store.