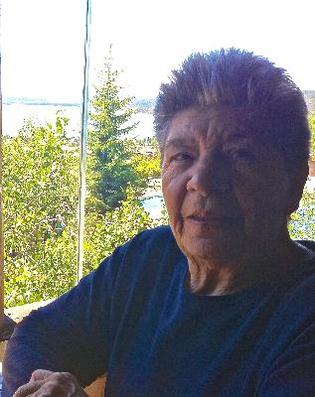 Donna Wilber, 83, passed away May 18 at her home just outside Granby, Colorado. Her death was due to complications from a long battle with heart and lung disease.


Donna was born in April, 1931 in Whittier, California, the daughter of Willard and Minerva Moss, citrus ranchers and community leaders. After graduating from Whittier High School, Donna was an art major at The University of Redlands in Southern California. Her artistic skills were most often represented in her favorite medium of oil painting, and through the years she painted privately and in public. Her largest work, a wildlife scene painted in just a few hours, can be found on the windows of the main dining room at Bar Lazy J Ranch in Parshall. One of her favorite things was to watch renowned artist Bob Ross on public television as she loved to paint quickly and from the heart.


Donna became a Grand County resident in 1960, moving to the Colorado mountains to be part of the winter tourist hospitality trade. Together with her husband, William (Bill) Wilber, she owned and operated the Mountain Kitchen Restaurant on Agate Ave. in Granby until 1974. In 1976, she became the Clinic Manager of the Granby branch of Rocky Mountain Planned Parenthood until her retirement in 2000. Donna's service to women's health and family planning in Grand County was a deep passion for her.


Donna acted as co-leader of the Trail Mountain Mustangs 4-H Horse Club along with Ike and Yvonne Knox for 26 years. She took pride in interacting with 4-H youth and helped many young people from the area grow as horsemen and women and future leaders.


The Rocky Mountains, especially her views of Rocky Mountain National Park and the Indian Peaks from her home, were something she adored. Donna would often talk about living in paradise, even in the deepest parts of winter, spending 54 of her 83 years in Grand County and not wanting to be anywhere else.


Donna is survived by sons Bill Hertel (Teri) of Granby and David Wilber (Barbara)of Rocklin, California, and Granby, and by granddaughters Crissy Hertel of Lakewood, and Katie Hertel of Granby. Donna cherished all of her family greatly.


Her husband of 45 years, William Wilber, her parents and her brother, David and her sister, Janet, preceded her in death.


Cremation was chosen and Donna's wish was that her friends and acquaintances would celebrate her life privately instead of holding any services or events. In lieu of gifts or flowers, Donna wished that contributions be made in her name to the Grand County Council on Aging, P.O. Box 42, Granby, CO 80446. She was happy to participate in the activities at the Granby Senior Center and hoped that others may always have that opportunity.


Donna's surviving family is grateful for the love and support of her friends and all those who helped in her final days.

To order memorial trees or send flowers to the family in memory of Donna Merle Wilber, please visit our flower store.