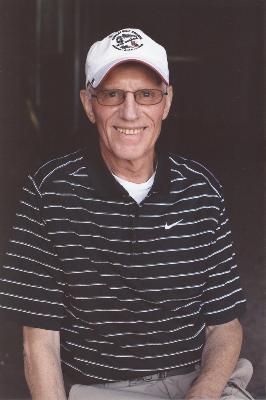 
Larson, joining the family with older brother Davis and many Swedish


father. His mother remarried and eventually had three more siblings,


in the woods or fields and tending dairy cattle. He attended a two


School, home of Colby Cheese. He spent a summer working in the Colby

He attended Taylor University in Indiana and William and Mary College


in Norfolk, Virginia, and later the University of N Y at Binghamton.

He married Karen-also from Wisconsin, and they raised two daughters,


Lori and Linda while living a Navy life in California, Hawaii and


Virginia. Later they settled in upstate New York for many years,


eventually getting to Colorado in 1987 to better enjoy skiing!


Jackson", targeting missiles for launch during the Cold War and

He expanded his knowledge after Navy days and went to work at Link,


helping to design flight simulators, including the LEM, lunar landing


several companies and eventually switched to consulting in the field


of flight simulation primarily for the military.


active in Lions and Habitat for Humanity, as working schedule allowed.


He stayed very active enjoying the outdoors with walking his dog


"Packer" including some "14 ers". He enjoyed golfing, fishing,


baseball, football and basketball were his team sports.


of Denver and Linda (Scott) Chisholm of Highlands Ranch. He has two


Larson preceded him in death.

To order memorial trees or send flowers to the family in memory of Dennis Larson, please visit our flower store.