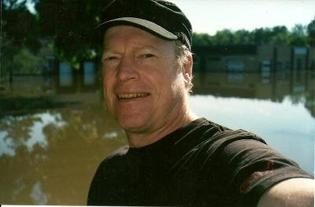 David Riddle died as a result of skiing accident in Winter Park, Colorado on Friday, February 11 around 3:00 PM. He was 48 at the time of his death. David was born in Milwaukee Wisconsin on January 11, 1963 to Gene and Audrey Riddle. He was Gene and Audrey's second child. David moved to Monticello, Iowa with his family in 1972 where he grew up. He decided early on to think for himself and chose a way of life that most would consider outside the norm. He admired Socrates's method of self-knowledge by questioning. David's senior year at High School was spent abroad in Denmark as an exchange student. He returned adorned with a cowboy hat and later switched to a black beret which became part of his normal attire moving forward. He attended Iowa State University and later transferred to the University of Iowa majoring in physics. He researched and attempted to make a breakthrough in speech recognition. Despite his lack of success, he started a company in 1985 which enabled him to pursue a great passion in life- skiing. David skied every winter from December to March at Winter Park, CO for the past 20 years. He built a network of local and international friends during his time in Winter Park. In 2003, David started a lawn care service in Hiawatha, IA and resided there while he was not at Winter Park. A celebration of his life was held on Tuesday, February 15th, at Winter Park, Co. He will be sorely missed by those friends in the skiing community.


David considered himself a traveler and enjoyed the challenges and opportunities of travel. Whether to break a flu fever by sleeping on a park bench in Munich, Germany or scuba diving off the coast of Belize, David enjoyed the tough and light times throughout his travels. In 2009 David met Christina, a native of China. He began to learn Mandarin Chinese and was on his way to master the language. He made several trips to visit Christina. He was winning the approval of Christina's father and was looking forward to one day bringing Christina over for a visit in the US.


This Saturday, February 19th a celebration of David's life will be held at the Monticello Baptist Church at 11:00AM. Food and refreshment will be provided at noon. Reverend Gary Novak will preside over the service. All are welcome to attend.


David was a unique individual who died living life the way he chose to live. Words cannot express how much he will be missed.

To order memorial trees or send flowers to the family in memory of David Riddle, please visit our flower store.